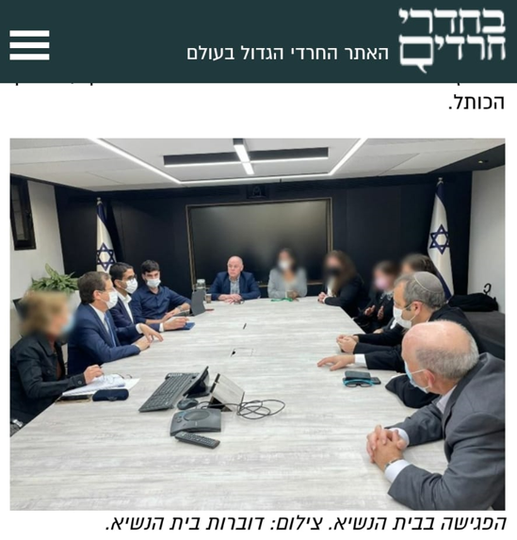 Sometimes your adversaries make your arguments for you.

In the case of ultra-Orthodox coverage of last week’s meeting of Masorti, Reform, Women of the Wall and other leaders with Israeli President Isaac Herzog — where they advocated for the reinstatement of the agreement to expand egalitarian access to the Kotel — it could not be clearer.

Our Israeli friends, including Masorti Israel CEO Rakefet Ginsberg, brought our concerns over harassment and violence against women seeking to pray at the Kotel directly to the President.  He welcomed their contributions and expressed support for efforts to protect equal rights for all Jews at the Kotel, and to fight violence and exclusion.

In covering this event, the ultra-Orthodox Haredi Rooms site published a photo from the meeting that blurred the faces of female leaders participating in the session, as if they were not even present at the seat of power in the State of Israel.   The Masorti Movement has protested this erasure to the President, urging him prevent media platforms from misusing Presidential photos to dismiss women’s rights and leadership.

We join our Israeli partners in the fundamental struggle for full recognition of the rights and role of Israeli women in Jewish life.  While some may try to overcomplicate the issues at the Kotel, we see the Haredi Rooms photo as an honest, and sadly perfect, picture of why the Ultra-Orthodox and their political allies are so committed to fighting the Kotel Agreement.  These forces seek a form of Israeli Judaism that excludes women from core public leadership — at the Kotel, in the office of the President, or anywhere else.

This is what is fundamentally at stake.  We hope you will join us in standing with the Masorti Movement, its Jewish Pluralism Watch program, and our allies in government and civil society to fight the erasure of women’s leadership and full equality in Israeli Jewish life.

The accurate photograph can be seen below. 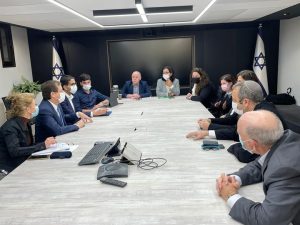 Support the struggle for equality at the Kotel