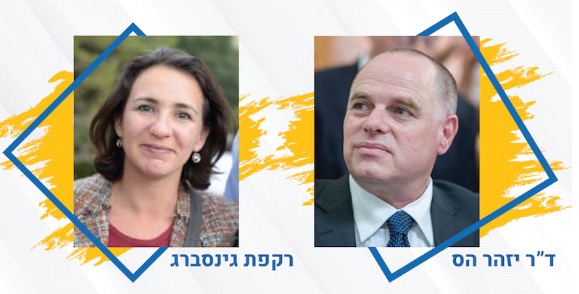 These are exciting times for the Masorti Movement.

Dr. Yizhar Hess, who has served as the Director of the Masorti Movement for 13 years moves on to a new position at the World Zionist Organization.

Yizhar and Rakefet will continue the work of promoting a more inclusive, pluralistic Israel, and will bring inspired leadership to their new positions. 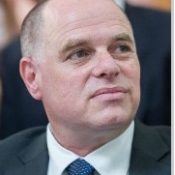 Dr. Yizhar Hess concludes his tenure as Executive Director of the Masorti Movement, after being elected last week by the Zionist Congress to the position of Vice Chair of the World Zionist Organization.

Yizhar Hess has served as the Executive Director of the Masorti Movement since 2007. During his tenure, the Movement expanded its scope of activities considerably, increased the number of its congregations and gained status as one of the main leaders of Jewish renewal in Israel.

Yizhar played a central role in negotiating the Kotel Agreement, in the establishment of the Jewish Pluralism Watch, and during his tenure, the creation of the Adraba Center for People with Disabilities. One of the first projects promoted by Yizhar was the egalitarian prayer book “Va’ani Tefillati” published by Yediot Aharonot (which became a best-seller), followed by the prayer book App for smart-phones – the first ever App of an egalitarian prayer book.

Yizhar Hess’s many articles on religion and state have appeared frequently in the Israeli press and in the Jewish press around the world, bringing much honor to the Masorti Movement in Israel.

We warmly congratulate him as he begins his new mission in our national institutions on behalf of the world-wide Masorti Movement. 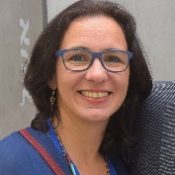 Rakefet Ginsberg, Masorti’s incoming Executive Director, served as the Movement’s Deputy Director up until four years ago. She joined the Movement’s staff immediately following her return as an emissary on behalf of the Jewish Agency in the United States, and took on the challenging role of Director of the Congregations.

Rakefet was later promoted to Deputy Director of the Movement. She has extensive experience in community work, development and management of community programs and projects, and as a facilitator of processes of change in organizations and communities.

Rakefet serves as Chairperson of the Counseling Center for Women, and she is a member of the Board of Directors of the Schechter Rabbinical Seminary. In recent years, she led a team of therapists and facilitators in developing community resilience and group interventions within the Community Unit at NATAL (Israel Trauma and Resiliency Center).

Rakefet holds a bachelor’s and master’s degree in social work from Tel Aviv University.  The Movement is thrilled that  Rakefet has returned.  May she lead the the Masorti Movement from strength to strength.

Read more about these important leaders and what their new roles mean for an inclusive Israel in Ha’aretz. And we hope you’ll celebrate Masorti’s leaders with us by making a gift in their honor to the Masorti Movement.