An incubator for Jewish leadership 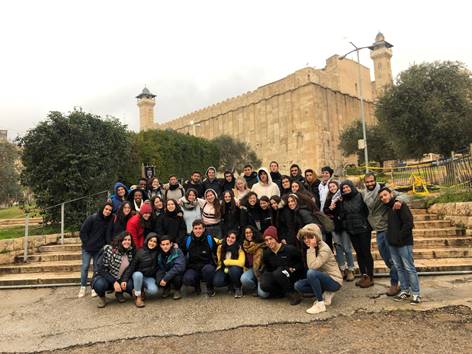 The Hannaton Educational Center (EC) was initially established in 1990 on the grounds of Kibbutz Hannaton, which was founded in the lower Galilee by the Conservative/Masorti Movement in 1986 to create an immersive, egalitarian community that could become a model for a modern Masorti lifestyle, and serve as a national hub for Masorti activities. In 2008, the kibbutz and EC were completely revitalized by a group of young families led by Rabbi Yoav Ende, a Masorti educator and graduate of the rabbinical program at the Schechter Institute for Jewish Studies, who settled on the kibbutz and reimagined the vision and scope of the EC’s activities and potential. Under Rabbi Ende’s leadership, the Hannaton EC, or Midrasha, became a center of Jewish learning for young Israelis, youth and Rabbinical students from abroad, and a host of groups including educators, families, synagogue communities, and others.

The Midrasha offers a pluralistic and diverse approach to Jewish learning and living, including serious text study, experiential education, interreligious community involvement, and social activism. Program participants are given an educational foundation in Judaism, democracy, and humanism, strengthening their Jewish identities while training them to become leaders in their communities and promote pluralism in Jewish life. They greatly benefit from an immersive community framework at Kibbutz Hannaton, which includes 80 families who provide a welcoming atmosphere for the thousands of young Israelis, Diaspora Jews, educators, and other professionals who participate in the Midrasha and other Hannaton programs.