Hooliganism at the Kotel 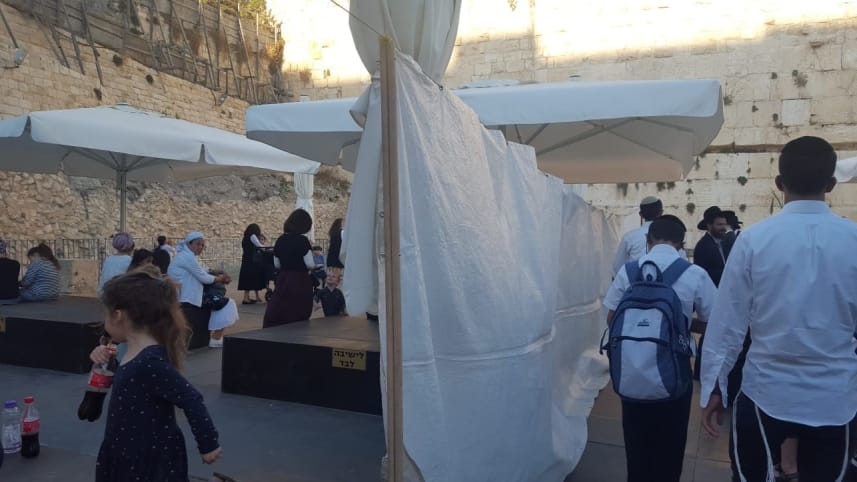 Scanning stories that reflect on conflicts in the relationship between Diaspora Jewry and Israel, no issue is more central the fight for pluralism and equality for all streams of Judaism at Judaism’s holiest site, the Kotel. While this is an issue of paramount importance for the overwhelmingly non-Orthodox Diaspora Jews, the Masorti Foundation sees our role in this fight as focusing on the growing population of Masorti (Conservative) Jews in Israel, as well as Reform Jews and others who reject ultra-Orthodox domination of Jewish life.

In a deeply distressing story, Haaretz reports on the newest attack on pluralism at the Kotel. This Sukkot, a coalition of extreme Orthodox groups have created an expanded campaign to usurp the existing egalitarian prayer space, Azarat Yisrael, through an organized mass influx of Orthodox non-egalitarian worshipers.

As our friend and colleague Yizhar Hess, head of the Masorti Movement in Israel, declared,

“Hooliganism is hooliganism, even when it is committed by those who roll their eyes to the skies and masquerade as worshippers. How much evil and meanness in this attempt to steal from us this poor man’s lamb. The traditional section of the Western Wall is available for their use at all times, but they insist on bringing worshippers to our space just so they can put up a mechitza demonstratively and hold a segregated service. Just in order to mark it as their territory, too.”

As a movement that cares deeply about both the future of Masorti and liberal Judaism in Israel, and the urgency of promoting Diaspora-Israel unity, we will never accept government backtracking.  And certainly not militant campaigns and their “facts on the ground” — all intended to turn back the clock and ensure that the Kotel is an Orthodox synagogue for all times.