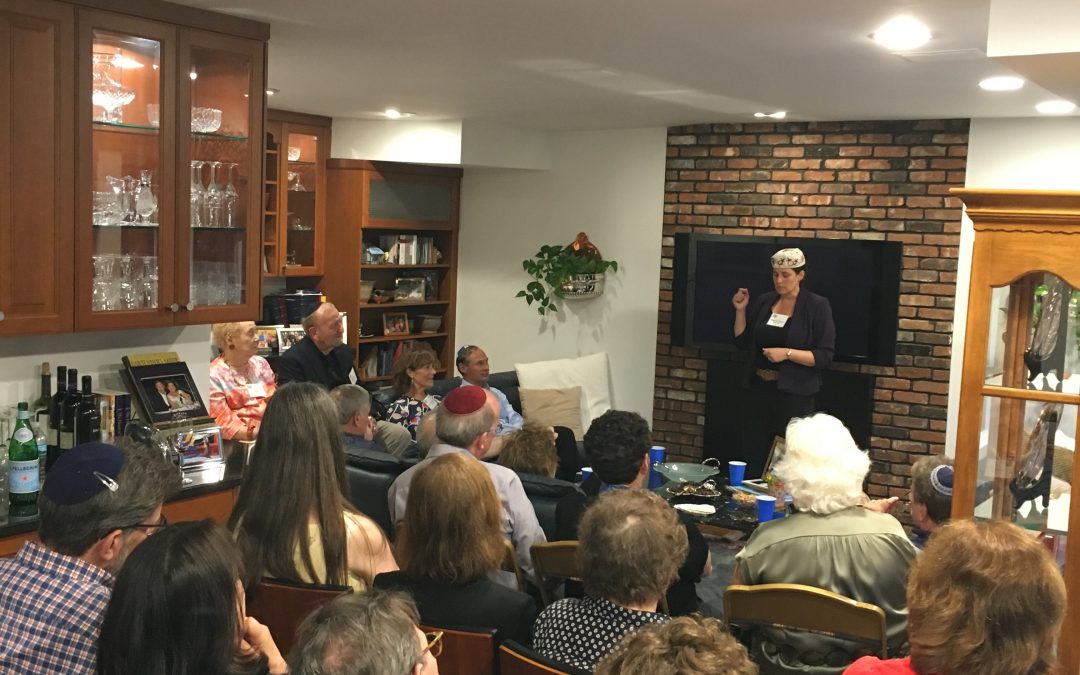 “The work the Masorti Movement is doing is making a difference in thousands of people’s lives. It is opening up possibilities for Jewish engagement for Israelis of all backgrounds,” said Rabbi Chaya Rowen-Baker, who serves as the rabbi of Kehillat Ramat-Zion in French Hill, Jerusalem, a flagship Masorti congregation. She spoke on June 19th at a special Masorti Foundation Westchester event hosted by Richard and Janet Greenfield in their home in White Plains and organized by the Greenfields together with committee members Rabbi Gordon Tucker, Gloria Bieler, David Lissy, Roz Kaufman.

After welcoming the attendees, Richard Greenfield, Development Committee Chair of the Masorti Foundation, said, “It is an honor to have Rabbi Rowen-Baker with us tonight. Her congregation makes accessible a vibrant Jewish approach and practice for Israelis seeking a richer Jewish life.”

Rabbi Rowen-Baker said, “Masorti inspires people to use their increased awareness of Judaism towards taking action to do a good deed and help others.” She added, “Masorti promotes Jewish values as central to a life of being Jewish – not just Israeli. She added that the Masorti Movement will never retreat from the dream of the Zionist founders– that all Jews should feel welcomed and embraced in Israel.

“This dream is our greatest asset. We must always keep it alive,” said Rowen-Baker. Referring to the ultra-Orthodox control of religious life in Israel, she added, “Right now we are not in a struggle for our physical existence. Our biggest challenge is the struggle for our spiritual existence.”

Rowen-Baker said one of the most rewarding parts of her job is seeing everyday Israeli secular families becoming more Jewishly involved through the Masorti community. “They can’t envision their life in any other way because they benefit so much from their participation in Masorti Movement religious services and social activities,” she said.

What appeals to people, according to Rabbi Rowen-Baker, is that Masorti Judaism is not just about worship. “It must touch all aspects of life. This includes reaching out to help our non-Jewish neighbors when they need assistance and partnering with them to improve our overall community,” she added. She considers it crucial for the Jewish State to be exposed to this type of Judaism. Adding that while Masorti is gaining the respect of an increasing number of Israelis, the ultra-Orthodox Rabbinate is losing the respect it once had due to its extreme positions.

Masorti Foundation Executive Director Gideon Aronoff told the crowd that the Masorti Foundation is not a trying to tell Israelis how to lead their religious lives. “It’s really about how we can work together to build an inclusive Israel,” he said. “We need many more volunteer leaders here in the United States to change Israel through Masorti. Together, through our #InclusiveIsrael campaign, we will garner the support and resources needed, and along with our partners in Israel, we will create the Israel its founders envisioned and that we want to preserve for generations to come.” 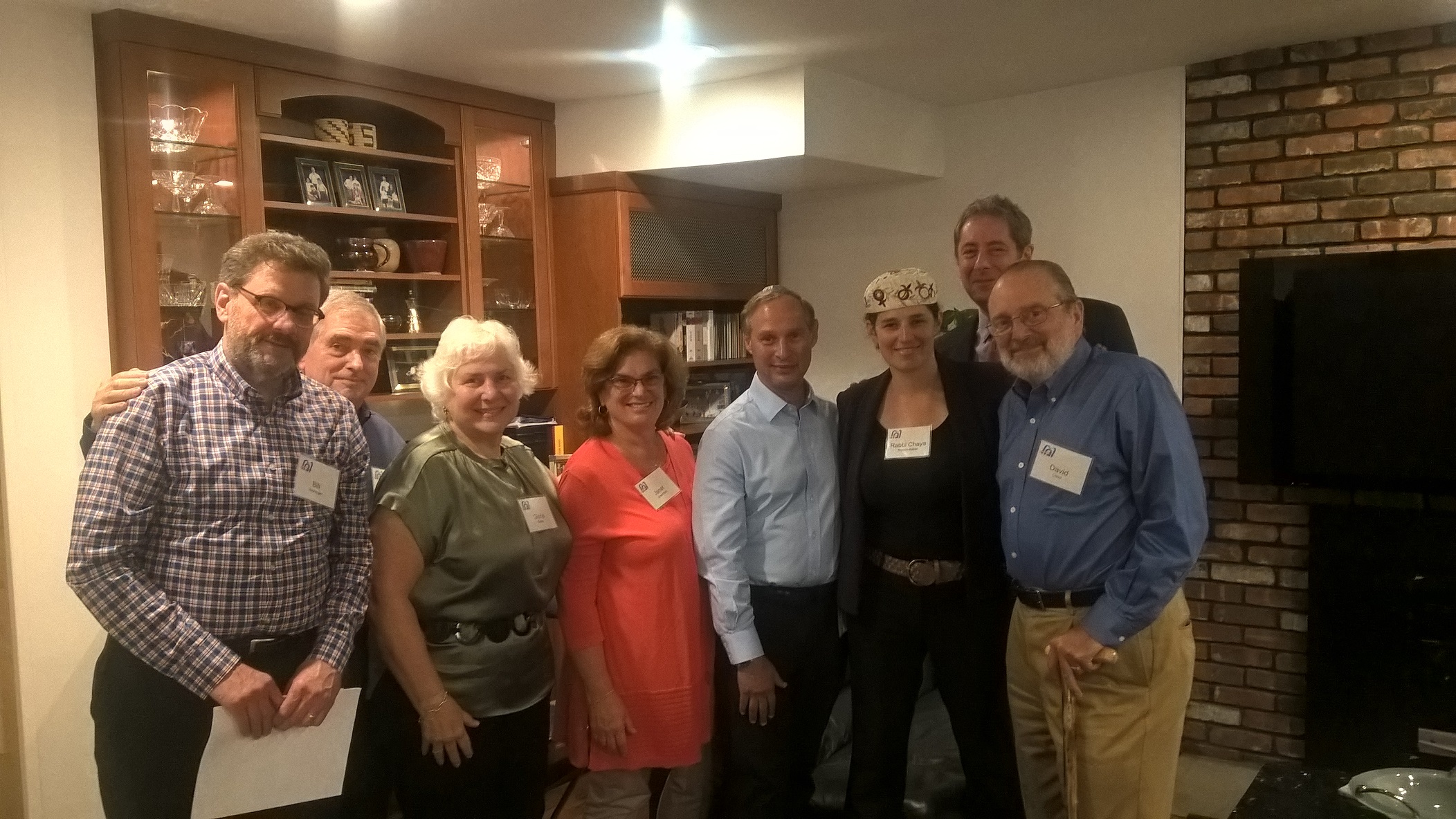 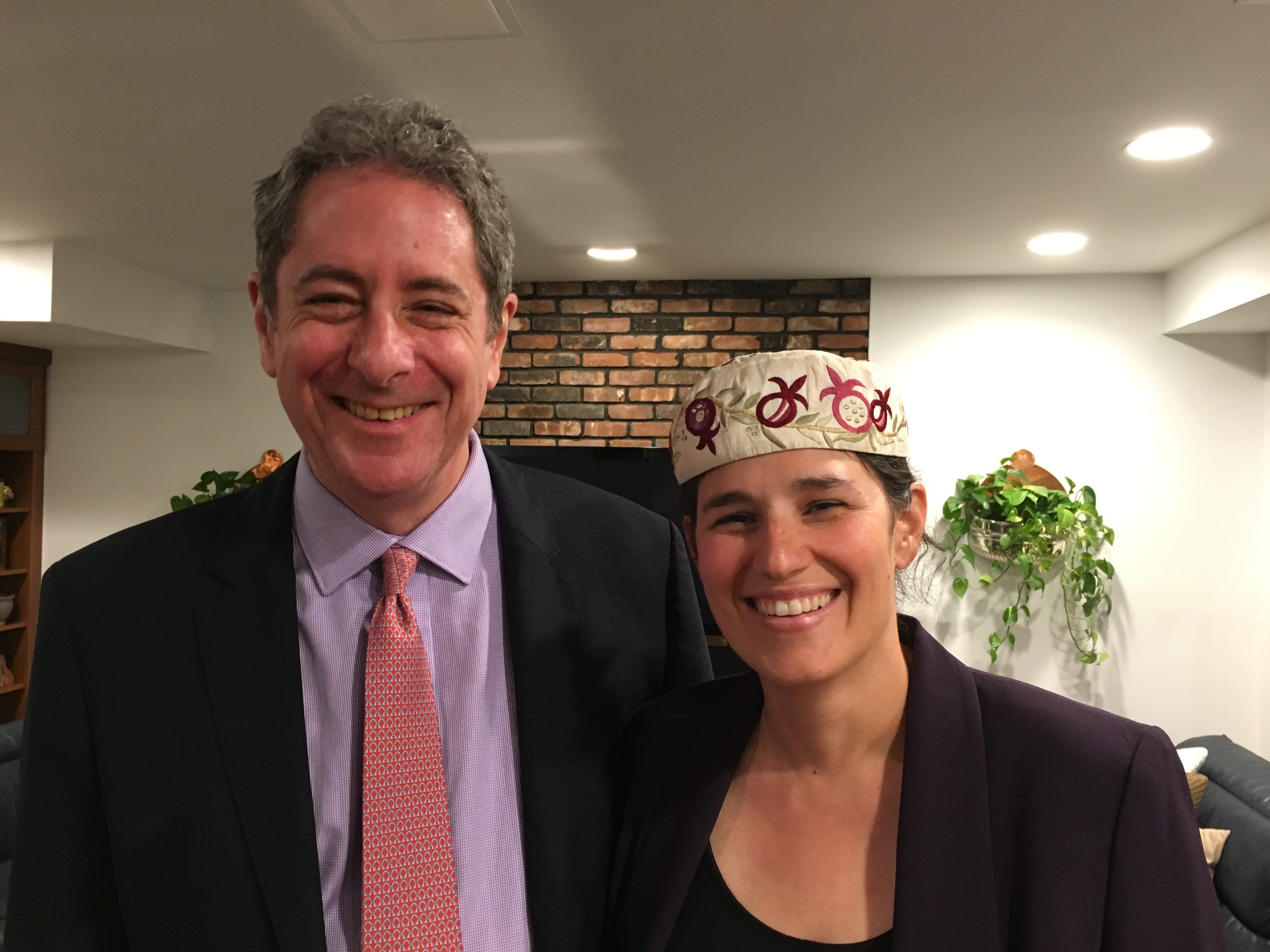 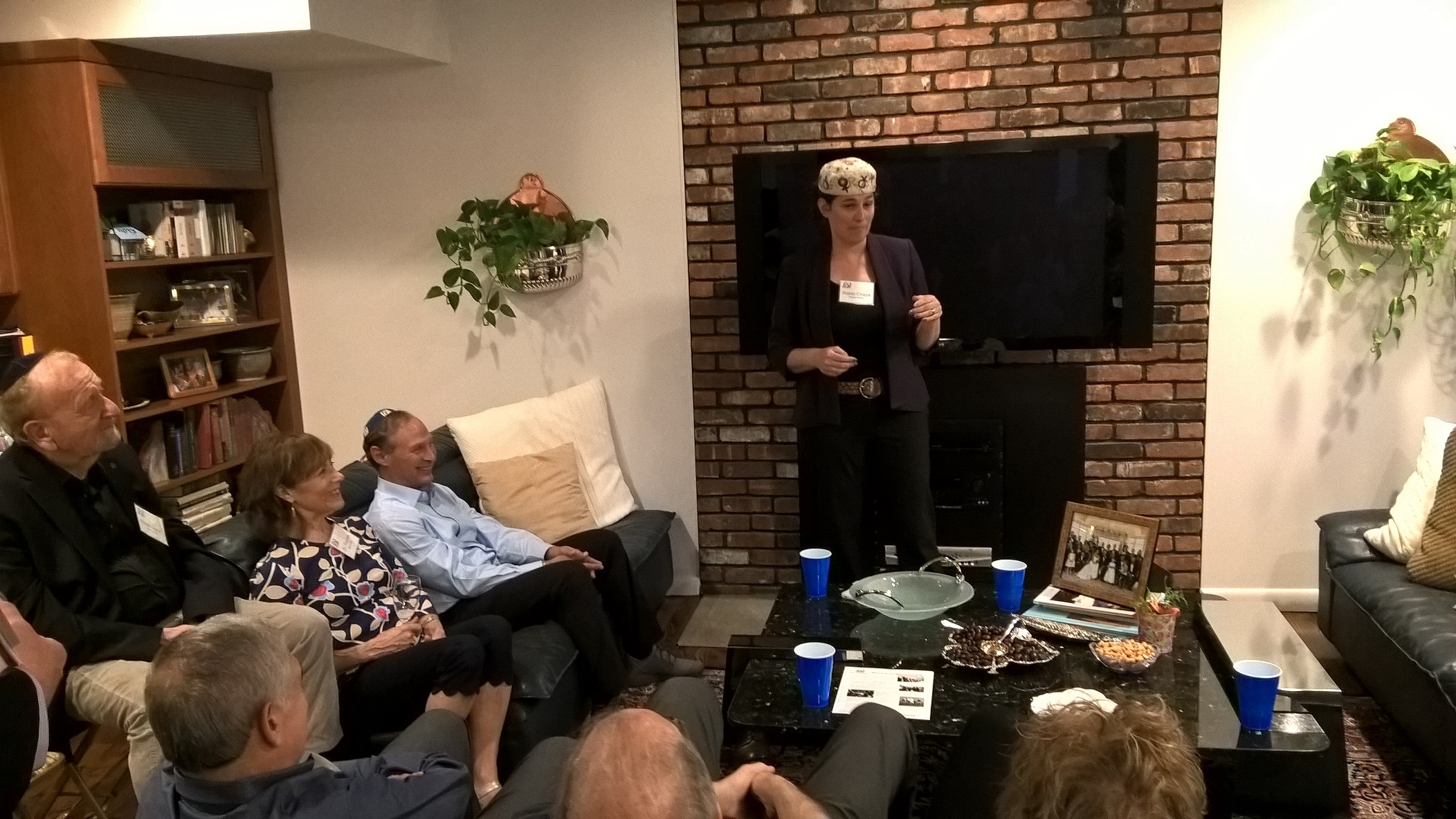 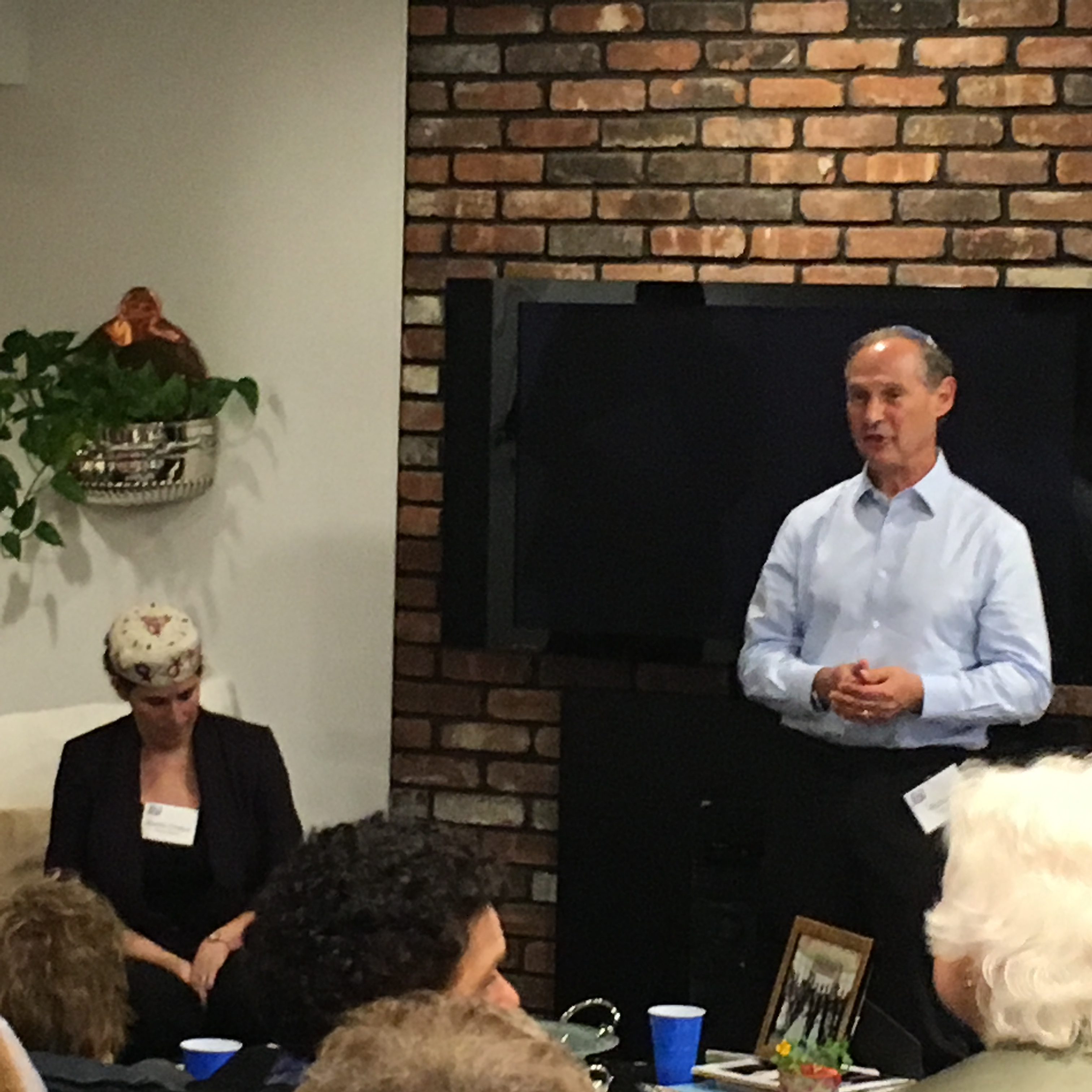 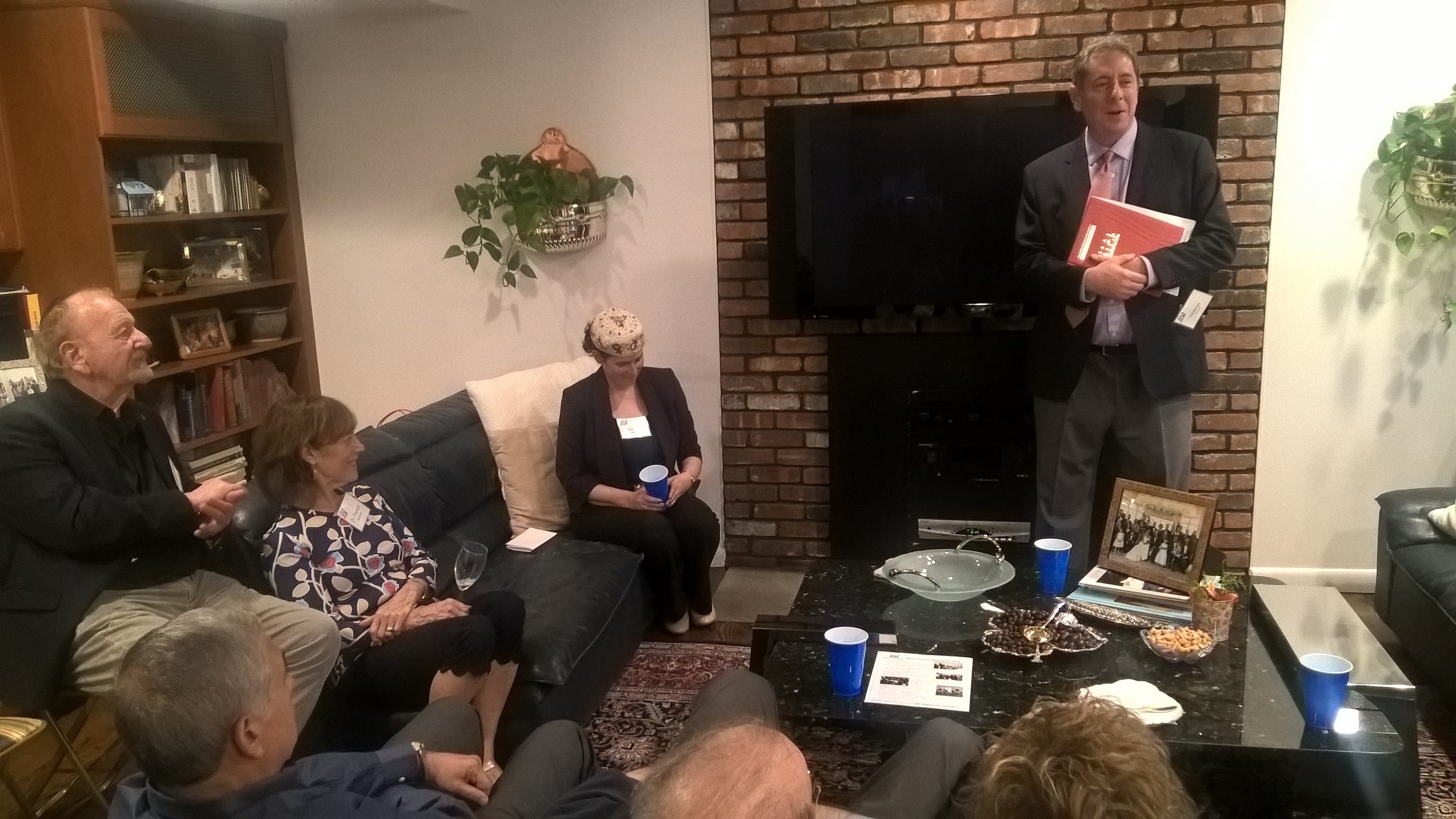 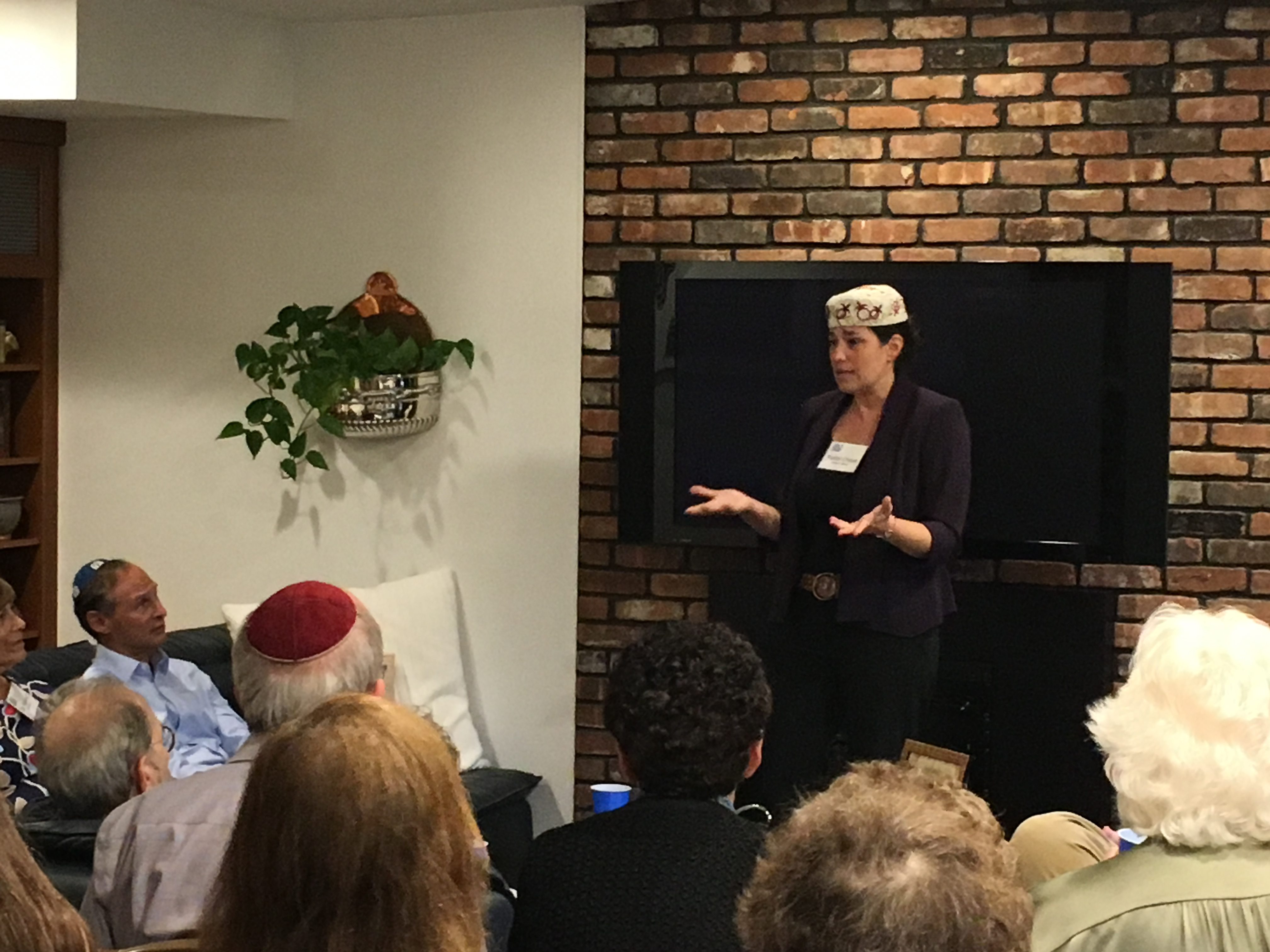