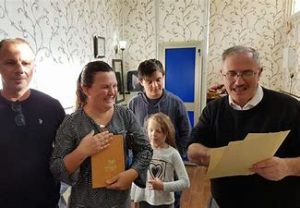 After more than 15 years of struggle, the Masorti Movement of Israel today was vindicated by the Israeli Supreme Court, which now recognizes its conversions to Judaism for the purposes of the Law of Return and Aliyah to Israel.

Rakefet Ginsburg, the CEO of Masorti Movement, responded to this fantastic news by declaring: “Today is a historic day. The decision handed down by the Israeli Supreme Court was a  just and clear verdict. There is more than one way to be a Jew in the State of Israel. Time and time again we are forced to fight for our rights in the courts instead of through dialogue. The elections are moments away. I call on our elected officials at this time to restore Israel’s relations with Conservative and Reform Judaism in the State of Israel and in the Diaspora. The court said this in a clear voice and it is time for our elected leaders to recognize it too: “Judaism has more than one color.“

The Masorti Foundation stands with our Israeli partners on this crucial day for religious pluralism in Israel – one that affirms the core identity of Israel as the homeland of Jews of all backgrounds.  We applaud the Supreme Court for its wisdom in recognizing Masorti conversions. While today we celebrate, we know that many in Israel are still organizing against pluralism and so we will continue our support for Masorti Israel in the political, social and legal arenas, and of course for the crucial work of Masorti’s Jewish Pluralism Watch.

For the latest on the Court ruling, check out these articles: