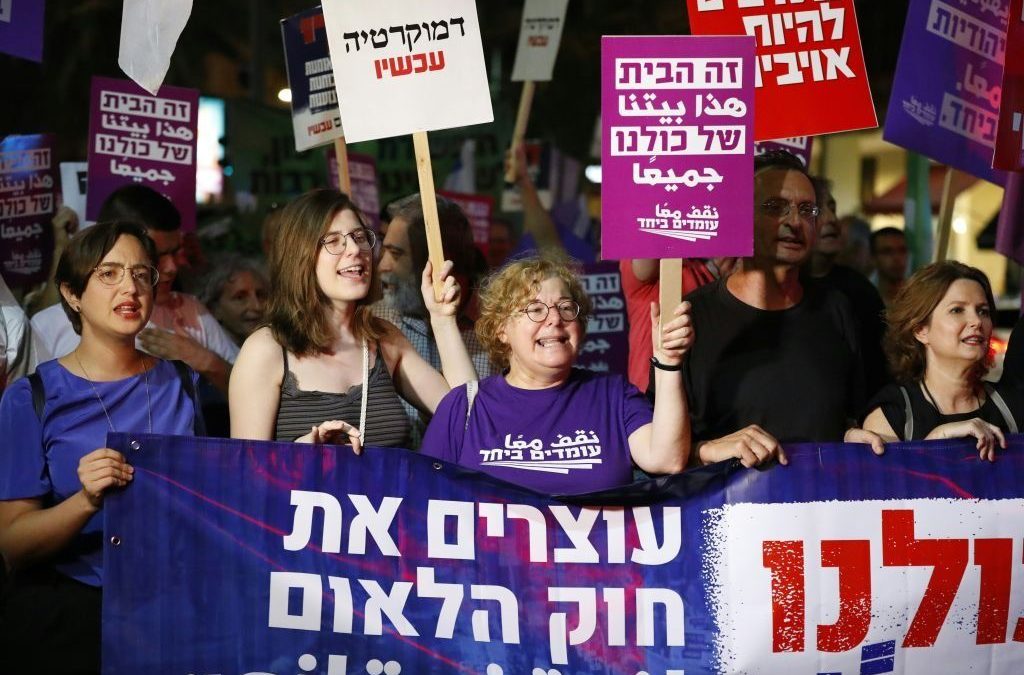 The Declaration of Independence defined, in a balanced and respectful manner, the vision of the return of the Jewish people to our land. This is a sensitive and precise text, a text that has a broad consensus and which has rightly been canonized. The Declaration of Independence afforded the State of Israel esteem and great respect in the eyes of the inhabitants of the land, Jews and non-Jews, as well as nations worldwide.

We call upon the Government of Israel to legislate the Declaration of Independence as the Nation State Law:

“The State of Israel will be open for Jewish immigration and for the Ingathering of the Exiles; it will foster the development of the country for the benefit of all its inhabitants; it will be based on freedom, justice, and peace as envisaged by the prophets of Israel; it will ensure complete equality of social and political rights to all its inhabitants irrespective of religion, race, or sex; it will guarantee freedom of religion, conscience, language, education, and culture; it will safeguard the Holy Places of all religions; and it will be faithful to the principles of the Charter of the United Nations.”