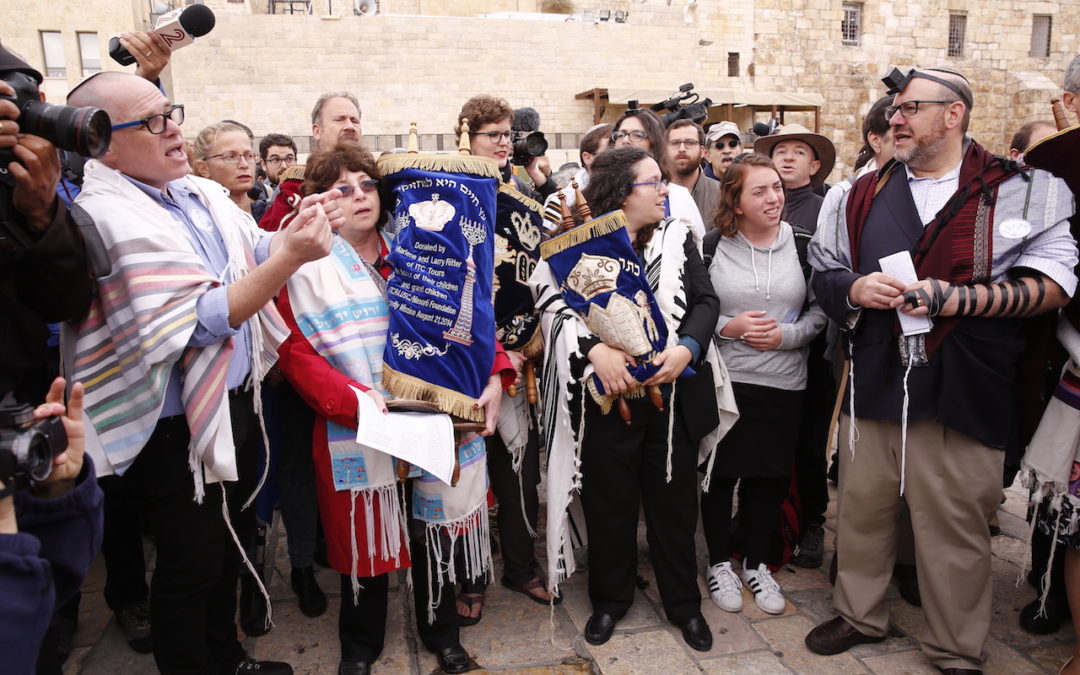 I am grateful to Rabbi Barton for inviting me to speak from the bimah today, and to all of you for welcoming us so warmly to Tifereth Israel. Many years ago Joel and I were married here under the chuppah in the old sanctuary. Although we live in Minneapolis, this congregation will always feel like home to us!

Today I want to talk to you about another home that all of us share. I am speaking about Israel and the Masorti movement, our Conservative movement in Israel, which is flourishing, in spite of setbacks caused by those in authority. Masorti offers a new spiritual vision, both traditional and modern, that is inspiring so many of today’s Israelis!

In this week’s parasha, Pinchas, we encounter several characters who, like the Masorti movement, break the mold. I am referring to the five sisters, the daughters of Zelofehad. The sisters approach Moses and ask him to allow them to inherit their father’s land, because their father has died without male heirs. Moses is stymied by their request, and turns to a higher authority for the answer. God responds that the sisters may inherit the land, with the stipulation that they must marry within their own tribe.

Significantly, the five sisters seek a solution that is beyond the bounds of the current legal system. The sisters take a risk that tests the way things are always done. While the daughters of Zelofehad test boundaries and confound the authorities with their inquiry, they and their petition are viewed favorably in the Torah. God calls the sisters’ inheritance request “just,” and God instructs Moses to transfer their father’s share to the sisters. In Kli Yakar, Rabbi Efraim of Luntshitz observed that if Moses had sent women like the Zelofehad sisters to scout out the land, the Israelites would never have needed to wander for forty years in the desert.

These five bold sisters, with their sturdy names: Mahlah, Noah, Hoglah, Milkah, and Tirtzah, have long captured my imagination.

Although we are told so little about the sisters, we know from our Torah portion that they were bold. When I think about the groundbreaking courage of the Zelofehad sisters, I am reminded of the Masorti movement in Israel. As a supporter of the Masorti movement, I long for a chief rabbinate in Israel that is more like Moses, open to expanding outdated norms, to be more inclusive and more imaginative in embracing change.

As a Masorti supporter, along with a quarter of million Israelis who call themselves Masorti, I ask myself WHAT IF!  WHAT IF there were equality in the religious marketplace in Israel today?

In January, I participated in a Masorti mission to Israel that included celebrating Tu B’shvat. I was able to see the flowering of Masorti in Israel. The 2018 Mission at the Knesset On our Masorti missions, we always make time to visit with members of the Knesset who are willing to talk with Conservative Jews about our support of Masorti. This year, a large contingent of Conservative rabbis hailing from as far away as Europe, South America, and Australia participated in our discussions at the Knesset. I was invited to give the opening remarks to Knesset Member and Prime Minister-hopeful Yair Lapid, who is the leader of the centrist party Yesh Atid. Like the Zelofehad sisters, I was a little nervous, but proud to speak my truth to this powerful man.

I shared my Jewish story with him:

Twenty-six  years ago, I met a Jewish man, and we decided to make a Jewish home together. I converted to Judaism in the Conservative movement. We raised two sons, who attended Jewish day school and Zionist camps. We traveled regularly to Israel with our children, and hosted over a dozen Israeli shlichim in our home to build up an Israeli family for ourselves. I became president of our large Conservative synagogue of over 1200 households in Minneapolis, Minnesota. I teach about Israel and Judaism in public schools throughout Minnesota, and I lead a program to develop Jewish teens as Israel advocates on campus. We are a committed Zionist family.

Joel and I were proud when our son Isaac took a semester in high school to study at AMHSI in Hod HaSharon. One of his assignments was to interview five randomly selected Israelis to ask the question: “What does it mean to you to be Jewish?” The students were supposed to report about their interviews in class the next day.

One of the people Isaac interviewed answered: “A Jew is someone who has a Jewish mother.” My son proudly shared that his mother loves Judaism so much, she devoted her life to teaching about Israel and Judaism, and leading the synagogue. “And she’s a convert!” he added with enthusiasm.

The man withdrew from Isaac and said: “She is not Jewish. And neither are you.”

MK Lapid, I said, how do you think it felt to my Jewish child to be told in Israel, the country he loves, by an Israeli, a fellow Jew, that he is not Jewish? It makes my blood boil, and it should yours, too. I ask you, MK Lapid, can you assure me that you will do everything in your power to assure that my children, and the children of other faithful converts to Judaism will be welcomed as equally Jewish in the only Jewish state?

Who knows what Yair Lapid will do in the opposition, or in the government, if his dream of leadership is fulfilled? I cannot say, but I am certain he knows that supporters of Israel from the U.S. and other parts of the diaspora will always be there as partners and tireless advocates for justice and equality in Jewish-Israeli life.

I pray that one day, very soon, Masorti Judaism will find equal place at the Western Wall, at the Knesset, in municipalities throughout Israel from Jerusalem to Tel Aviv, from Haifa to Rehovot. Where all Jews in Israel, secular and religious, can find their spiritual home within the expansive tents of the Masorti community.

And as many of you know, I not only pray for this, I make phone calls and send emails. I serve on committees, and I write checks. I stand on bimahs, like yours, in the hope that others, that each one of you, will join me in supporting our expanding Masorti movement in Israel and assuring a Jewish future in Israel that is modern and inclusive, egalitarian and traditional.

I look forward to continuing the conversation with you at kiddush. Shabbat shalom. Heidi Schneider is a passionate Masorti Jew and a Jew by choice.  Serving for many years on the board of the Masorti Foundation, Heidi is tireless in her advocacy for the values central to Conservative/Masorti Judaism: acceptance, inclusivity, diversity and democracy.  She loves Israel deeply but is not an uncritical supporter. Indeed the love she feels impels her to try to make Israel the best society it can be.  Her “What If...” questions challenge us all to help build that society.