The Masorti Foundation for Conservative Judaism in Israel & Mercaz USA Condemn the Desecration of the Egalitarian, Family Kotel on Tisha B’Av 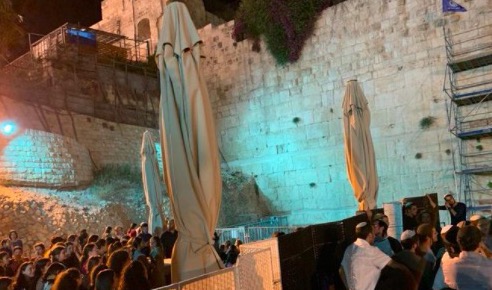 The Masorti Foundation and Mercaz USA condemn the shameful modern-day desecration on Tisha B’Av of the egalitarian, Family Kotel by Orthodox extremists. These activists — seeking to block a return to a 2016 compromise agreement for egalitarian prayer at the Kotel  — shouted and cursed at egalitarian worshipers, sought to drown out the traditional chanting by Masorti (Conservative), Reform and others of the Book of Lamentations; filled the egalitarian plaza with Orthodox activists to restrict space for egalitarian service; and set up a gender partition (mechitza) at the site in opposition to the open and inclusive character of the space.

Leaders of the Masorti Foundation and Mercaz USA, who just returned from a solidarity mission to Israel, call on the Israeli government to take immediate action to protect worshipers as they seek to pray peacefully at the Family Kotel in accordance with their Jewish traditions. Jews wishing to pray following Orthodox traditions have a great deal of space at the Kotel. For the sake of Judaism and unity of Jews in Israel and around the world, the modest space for egalitarian practice at the Kotel must be protected. 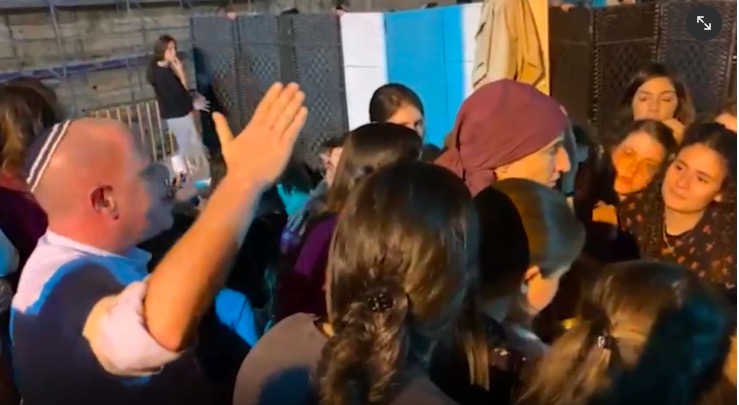 Yes, I want to support equality at the Kotel

Rakefet Ginsberg, CEO of the Masorti Movement in Israel, who was among the worshippers attacked and cursed by the boys and girls sent by the Orthodox group, Liba, to disrupt the services, said, “You can see with your own eyes how hatred and fanaticism leads to destruction.” She added, “We are pained and angry to see egalitarian prayers for Tisha B’Av invaded and disrupted by extremists seeking to enforce their exclusionary vision of Israel, and the Western Wall as a space only for Orthodox and Haredi Judaism.”

This horrific incident demonstrates the need to implement without further delay the 2016 Kotel agreement to turn the egalitarian prayer plaza at the southern expanse of the Kotel into a State-recognized area for Masorti, Reform and other egalitarian prayer. This section of the Kotel must be fully protected and accessible to all Jewish people. Tragically this was not the case on Tisha B’Av or earlier in the week when this extremist group disrupted two egalitarian B’nai Mitzvahs.

We deeply appreciate Jewish communal leaders and Israeli officials for their many strong condemnations of the effort to disrupt egalitarian worship on Tisha B’Av — a holiday that focuses on the importance of Jewish unity and mourns the destruction of the Temple due to baseless hatred among Jews. Among the prominent officials supporting the Masorti-Conservative Movement, which oversees this section of the Kotel, are Israeli President Isaac Herzog, Israeli Prime Minister Naftali Bennett, Foreign Minister and Alternate Prime Minister Yair Lapid, Diaspora Minister Nachman Shai, numerous UJA Federation leaders, and Ronald Lauder, President of the World Jewish Congress.

One Kotel for One People

The Masorti-Conservative Movement in Israel and its supporters around the world are seeking immediate action to:

To learn more about this issue, read statements of support, and see how you can take action to ensure that peaceful egalitarian prayer at the Kotel can take place without harassment go to: masorti.org/resources-concerning-egalitarian-kotel/.