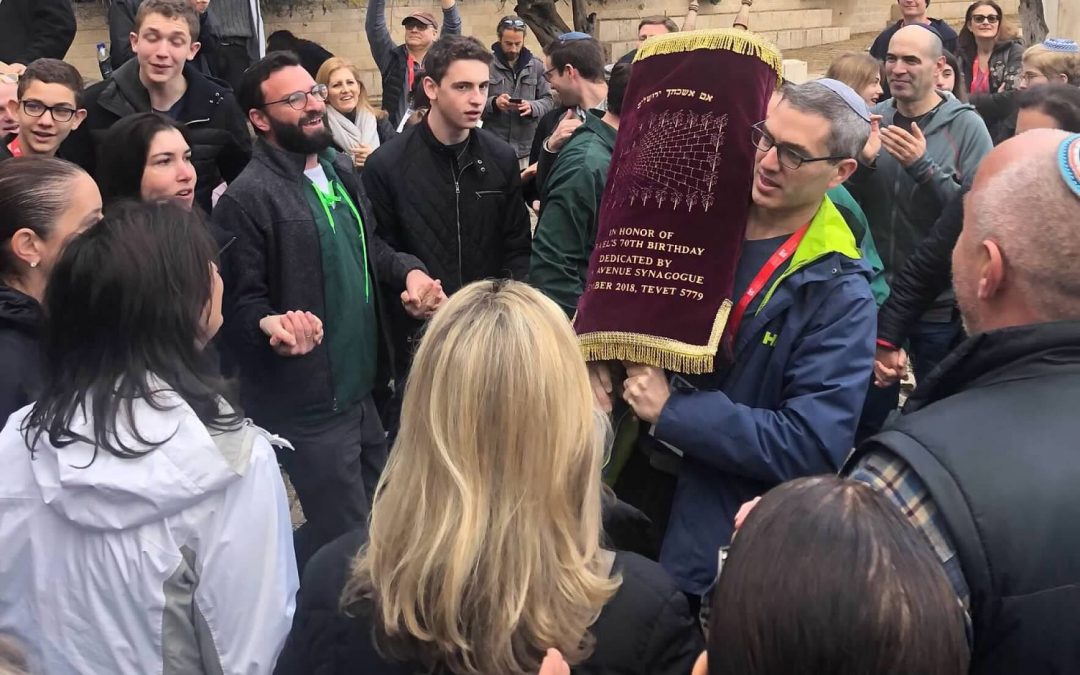 Park Avenue Synagogue, its clergy and leadership team, took the trip of a lifetime to Israel earlier in January.  With 450 people joining, it was the largest single synagogue mission to Israel. The trip followed a huge Shabbaton at PASyn where Dr. Yizhar Hess, Executive Director of the Masorti Movement, and Devorah Greenberg, Director of Rav Siach participated and were warmly received. We got the the inside scoop on the trip from David Parker, Masorti trustee and Honorary Vice President of PASyn.

Organized by Rabbi Elliot Cosgrove and Rabbi Charlie Savenor, Director of Congregational Education at PASyn, the trip was filled with memorable events including talks by Yizhak Herzog and a keynote by Ehud Barak.

The itinerary included visits to Masorti Kehillot but the emotional highpoint of the mission was the celebration, at the Kotel, of the donation by PASyn of a Torah for use at the egalitarian prayer space at the Kotel.

“A highlight of the week was the presentation of a Torah scroll to Masorti (the Conservative Movement in Israel) for use at the egalitarian section of the Kotel, known as Ezrat Yisrael or Robinson’s Arch, as a sign of solidarity and commitment to religious pluralism in Israel. Rabbi Cosgrove escorted this Torah to Israel and on Wednesday evening, it was presented to Yizhar Hess, CEO of Masorti, and Rabbi Chaya Rowen-Baker of Masorti at our communal event in Jerusalem celebrating Israel at 70 and PAS at 136. A festive hora with the Torah was a pinnacle moment of the evening. The next morning, PAS children celebrated their Bnei Mitzvah with the Torah at the Israel Museum in Jerusalem, where they were welcomed by James Snyder, PAS member and the Museum’s Director Emeritus. Before we leave Israel, several tracks will escort the Torah to its new home at Ezrat Yisrael.”

Watch the video of the celebration at the Kotel here.

To read a brilliant essay by Rabbi Cosgrove, “Are We a Nation or a Religion?”, click here. 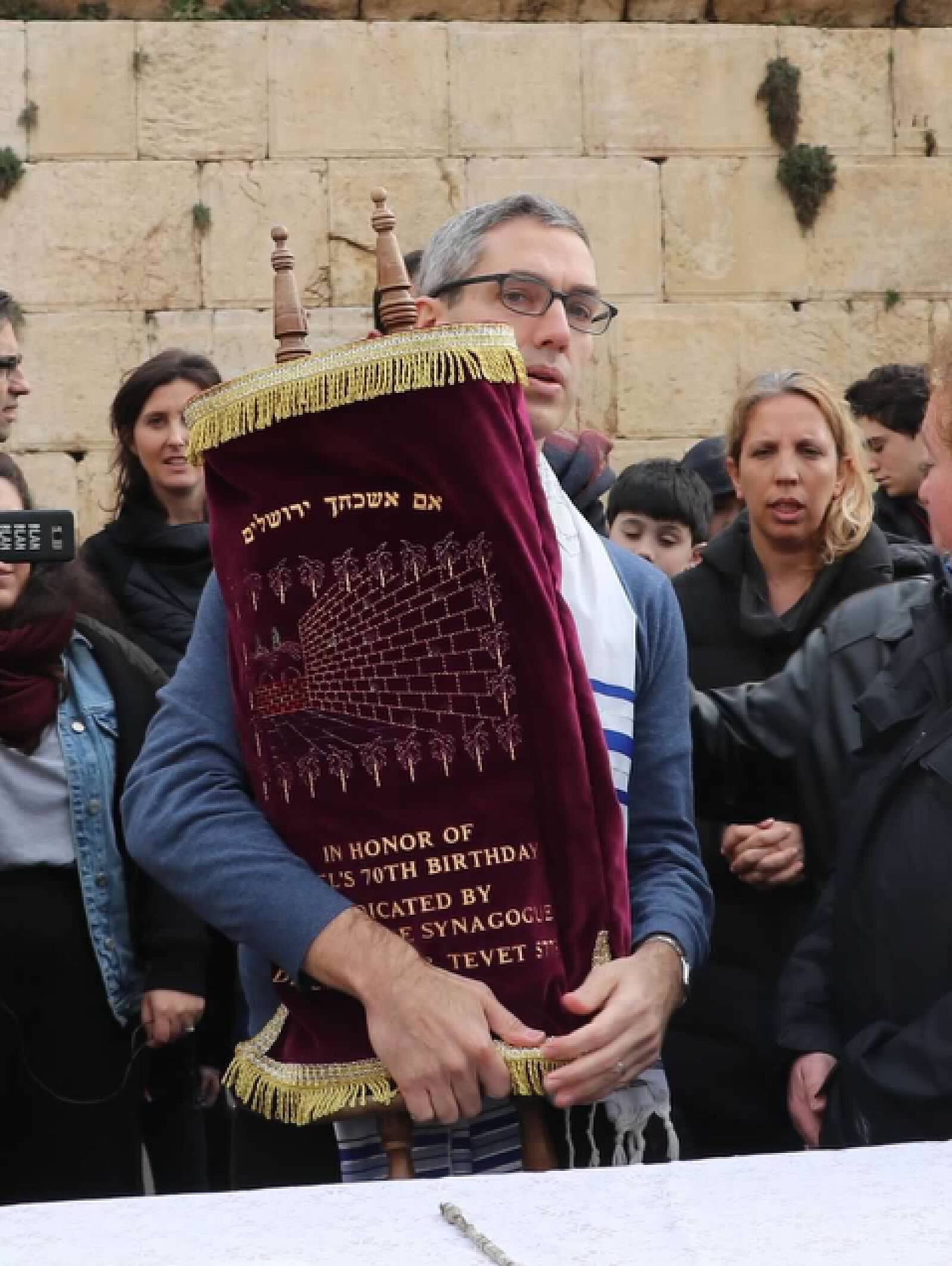 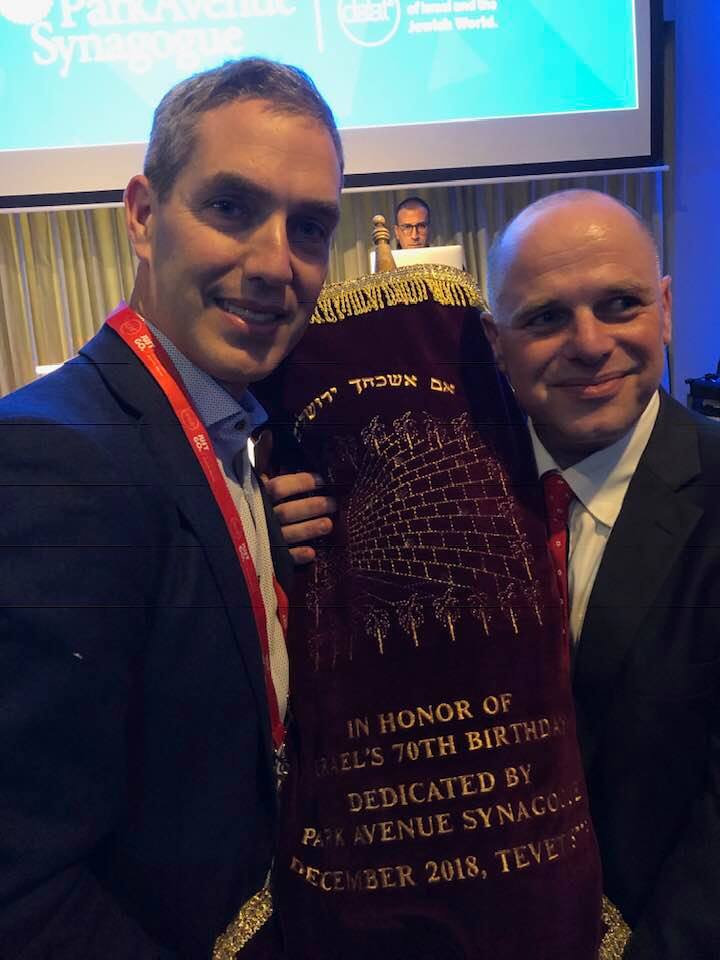