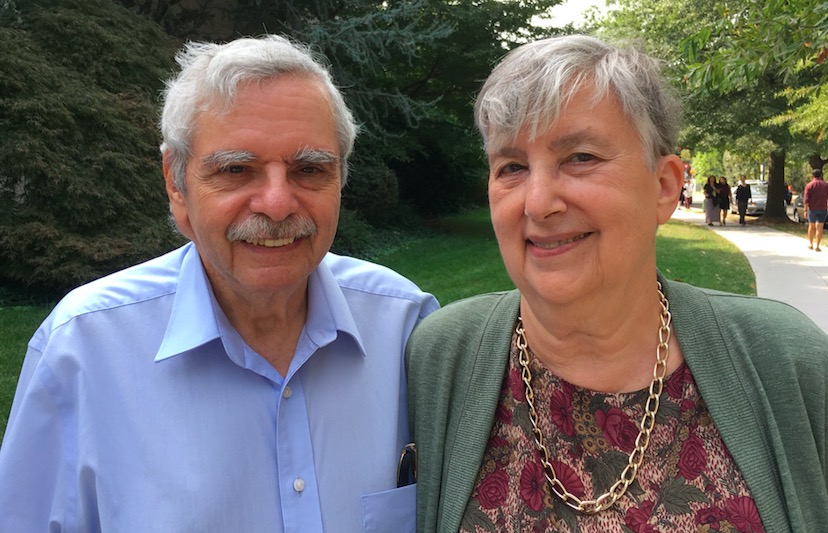 Professor Carmel Chiswick comes by her strong commitment to Israel and to Zionism naturally, from her parents, Morris and Cynthia Ullman.  They were early and ardent Zionists. Recalls Professor Chiswick, her father was Chief of the Statistical Abstract Division at the U.S. Census Bureau and was asked to go to Israel, together with other Americans, to help create the new state’s Central Bureau of Statistics.

“ For American Jews to visit Israel was exceptional in 1953, much less for a family to be able to live there for an entire year. Despite the hardships of daily living in the post-independence years, Morris and Cynthia grabbed at this opportunity to implement their ideals by contributing to the Zionist enterprise and at the same time experiencing Jewish life in the new state…While Morris worked in the Prime Minister’s office, Cynthia worked for Hadassah as a volunteer driver for the medical teams serving immigrant communities (ma’abarot) outside Jerusalem.”

The example of her parents inspired Professor Chiswick, whose work over three decades as a Development Economist, a Labor Economist and Economic Historian has recently focused on the Economics of Religion especially as it applies to American Judaism.  And now, it inspires her, and her husband, Barry, to generously support, in honor of her parents, programs for young Israelis in their gap year, the time taken between the end of high school and prior to IDF service: M:GEN Gap Year Programs, the Hannaton Mechina and the Shin-Shin. 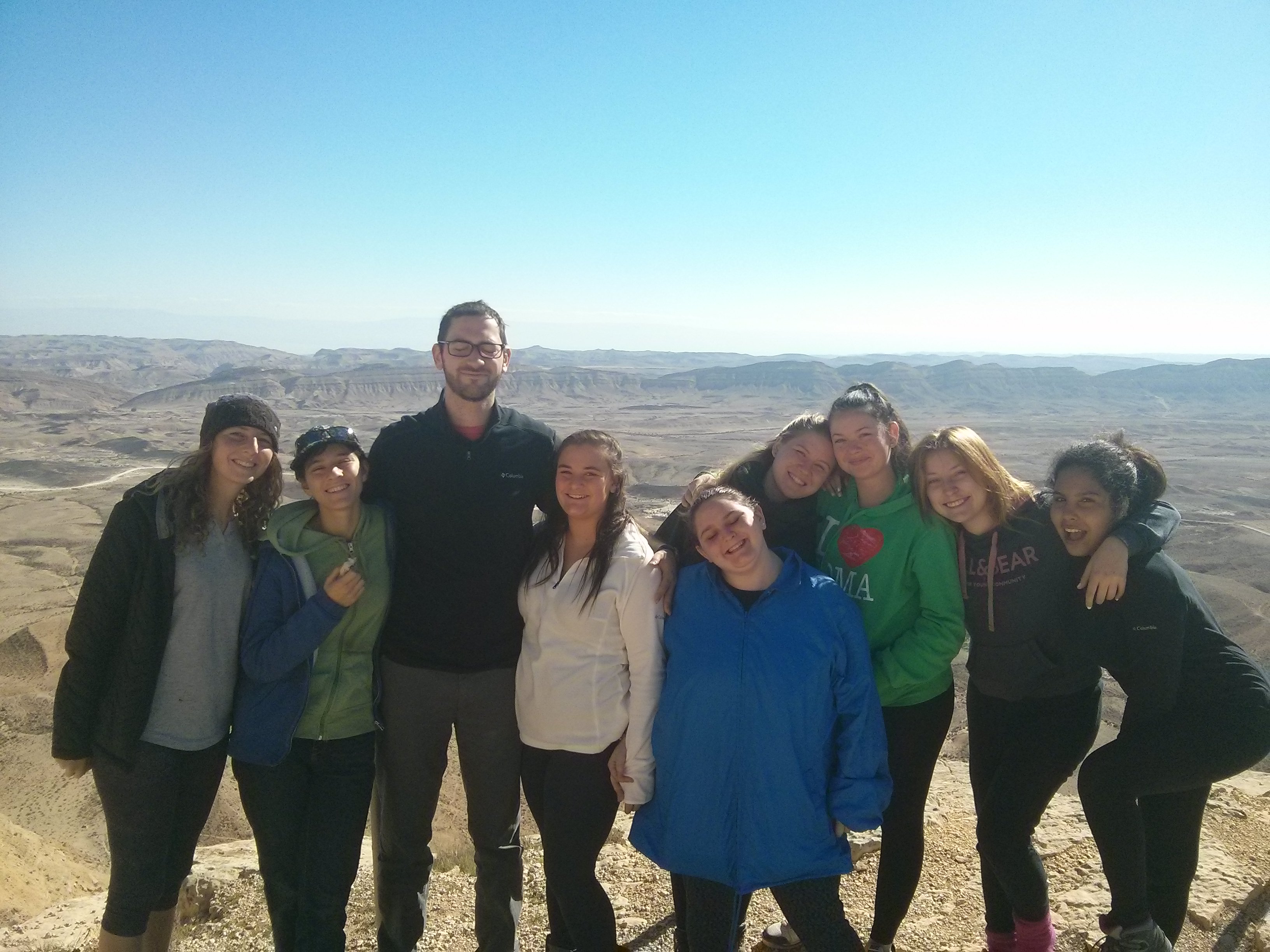 The M:GEN programs focus on maintaining and expanding the Jewish education provided by NOAM, the Masorti Movement’s Youth Program.  The Movement partners with the Hannaton Education Center‘s Mechina program, taking place at Kibbutz Hannaton, in the Galilee.

During their gap year, young Israelis participate in community service programs through the “Shnat Sherut,” known colloquially as “Shin Shin,” where they acquire leadership skills in order to promote their pluralistic values in the army and afterwards in Israeli society.

Both programs are run by Israelis for Israelis.  They form a vital part of Masorti’s strategy to reach out and serve the growing numbers of Israelis–from the secular to the Orthodox and everything in between–who are increasingly attracted to Masorti’s message of inclusion, egalitarianism and spiritual, traditional Judaism.

The capstone of the M-GEN programs for Mechina and Shin-Shin is an intensive 5-day Religion & State Seminar in Jerusalem, facilitated by Jewish Pluralism Watch, the Masorti Movement’s organization tracking the Knesset’s actions concerning religion, state, pluralism and equality. The seminar is made possible through the generosity of the Morris and Cynthia Ullman Fund and is dedicated to the memory Carmel Chiswick’s parents, Morris and Cynthia Ullman.

Given Professor Chiswick’s upbringing and the devotion of her parents to Zionist principles it’s easy to see why she and her husband chose to honor her parents by funding the M-GEN Gap Year Programs. 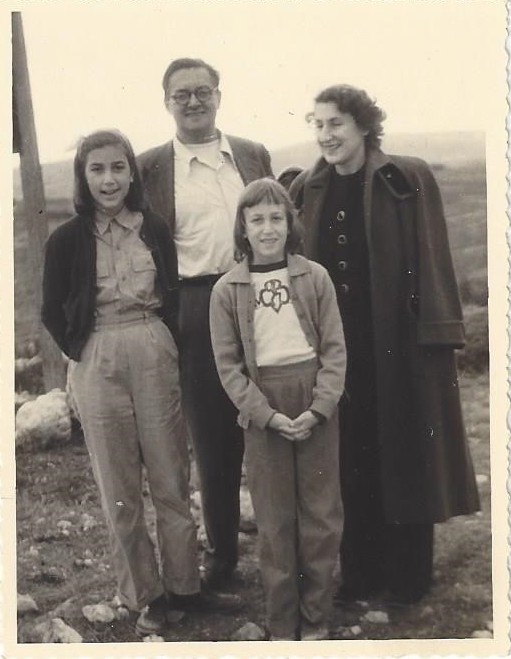 Morris and Cynthia Ullman met in the Zionist movement and remained committed to Zionism for the rest of their lives. Morris moved from his native Buffalo, NY, to Washington DC to work as a statistician for the U.S. Government, where he held several positions before arriving at the U.S. Bureau of the Census. Cynthia was a DC public school teacher, a career that she continued throughout the Depression, World War II, and postwar years. During this period they married and had two daughters, Carmel Ullman Chiswick and Annette Ullman Selmer, that they raised as Conservative Jews.

By the early 1950s Israel was sufficiently established as an independent country to turn its attention to building civilian infrastructure for the new state. Among its first tasks was to set up what would become the Central Bureau of Statistics, and one of its earliest requests for foreign technical assistance was for statistical expertise to create this capability. Morris joined the team of American experts who went to Israel with their families in 1953-54 to work for a year on this project, and would spend a second year in 1956-57 to follow up. Many of his Israeli colleagues and trainees would develop successful statistical careers and years later would remember fondly the kindness and expertise with which Morris mentored them in the beginning.

For American Jews to visit Israel was exceptional in 1953, much less for a family to be able to live there for an entire year. Despite the hardships of daily living in the post-independence years, Morris and Cynthia grabbed at this opportunity to implement their ideals by contributing to the Zionist enterprise and at the same time experiencing Jewish life in the new state. While Morris worked in the Prime Minister’s office, Cynthia worked for Hadassah as a volunteer driver for the medical teams serving immigrant communities (ma’abarot) outside Jerusalem. In addition to their colleagues at work, they made life-long friends among their Israeli neighbors and connected with cousins who had immigrated to pre-state Israel directly from Europe.

Morris and Cynthia lived a Jewish family life in America but living in Israel added a broader perspective on old customs and new traditions. Morris admired the Zionist revival of modern Hebrew; he had taught modern Hebrew in a high-school language course as a young man and chose a Hebrew school for his children where they would learn conversational rather than liturgical Hebrew. Experiencing the Jewish holiday cycle in Israel was an interesting and exciting experience for everyone in the family, not least because new adaptations of ancient Jewish traditions enlivened and added depth to our modern religious observance.