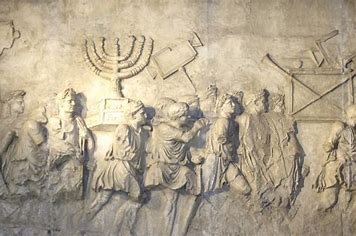 The fourth chapter of the Book of Ecclesiastes begins as follows:

“I further observed all the oppression that goes on under the sun: the tears of the oppressed, with none to comfort them.” 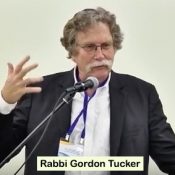 The ancient sages asked: Who are these oppressors of whom the author speaks? A daring text in the classical Midrash Kohelet Rabbah begins with the answers we expect, e.g. it is the nations of the world who oppress us Jews. But it then takes an audacious turn, suggesting that sometimes the oppression comes from within. And one of the notable interpretations is this one:

“Rabbi Benjamin interpreted the verse as referring to Torah hypocrites. They present themselves as experts in the Bible and Mishnah, but they do not fully uphold their words and values..because of them there are the tears of the oppressed, with none to comfort them. So the Blessed Holy One says, It is for Me to settle up with them, as it says (Jeremiah 48:10): Cursed be the one who does God’s work deceitfully.”

In the last few weeks, a federal judge in Albany, NY issued a decision overturning rules on gatherings during the Covid-19 pandemic that imposed greater restrictions on religious services than they did on retail stores. When it was decided, the ultra-Orthodox Agudath Israel expressed satisfaction that religious liberty had been upheld by the federal court. The Haredi world has expressed such high-minded thoughts before, such as when the Religious Freedom Restoration Act was signed into law in 1993. At that time they opined that religious liberty is a fundamental freedom of the highest order.

Yes, religious liberty is surely important to them when they are a minority in a secular democracy like the United States. But when they have power in Israel, where there is no separation of religion and state, they are happy to wield that power to deny to other Jews the religious liberty that they demand for themselves in the Diaspora. The ongoing machinations to restore the Haredi monopoly on conversions in Israel is only the latest example of this hypocrisy, which Rabbi Benjamin of old correctly saw as so corrosive to a harmonious and just society. For hypocrisy is not a victimless sin; it creates oppression. And it creates tears, for those who may be barred by the religious power brokers from the Jewish community in Israel because they choose to convert to and practice Judaism according to their consciences. These oppressors assuredly do not grasp the ultimate values of Torah, whose ways are meant to be ways of pleasantness.

The only emendation to be made in the Midrash is at the end. Because it is not just the Blessed Holy One who is left to settle up with them. In this somber season of the Jewish year, when we recall how division in our ranks have weakened us in the past, we say that you, too by supporting the just struggles of the Masorti Movement have it in your power to end this oppressive hypocrisy.

Rabbi Gordon Tucker served as the Senior Rabbi of Temple Israel Center from 1994–2018 and is currently the Senior Rabbi Emeritus. During his tenure, Rabbi Tucker worked to strengthen three primary areas of Jewish life: education for all ages, the spirituality of worship, and the obligation to reach out to the less fortunate.