Rabbinical Assembly Statement on Stalling of the Kotel Agreement

In response to the announcement by Israel’s Religious Affairs Minister Matan Kahana that the Kotel agreement is once again shelved, the Rabbinical Assembly issued the following statement:

We are troubled by Minister Kahana’s announcement this week to stall implementation of the Western Wall deal, an essential and timely promise that was made explicitly to us by government ministers and members of the new coalition. 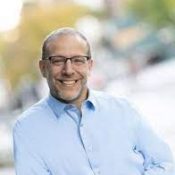 “The Israeli government’s abdication of responsibility on important issues of religious freedom is entirely unacceptable,” says Rabbi Jacob Blumenthal, CEO of the RA and the USCJ. “As a movement, we waited patiently for the formation of the new administration. We then experienced delays during budget negotiations. And again, waiting for the budget to be approved. There can be no more excuses for delaying implementation of the Kotel agreement. We cannot be swayed by threats of violence and should not let voices of extremism delay the establishment of a place for all Jews to feel at home at the Kotel.”

It’s imperative that Israel provide the necessary resources to guarantee the right to peace and security for all worshipers in the single holiest place for Jews. We expect the government to uphold its promise of religious pluralism in Israel and specifically of an egalitarian prayer space at the Western Wall. We call on Prime Minister Naftali Bennett and Foreign Minister Yair Lapid to meet this obligation and to quickly carry out the Kotel agreement, first agreed to four years ago, and under the previous government, no less.

With love for all Jews, we affirm that the State of Israel is the national homeland of the entire Jewish people, including those living in the land and those outside of it, and regardless of their stream of Jewish practice or belief.

Support Equality at the Kotel