Taking the Fight for Rabbinic Equality to the Courts 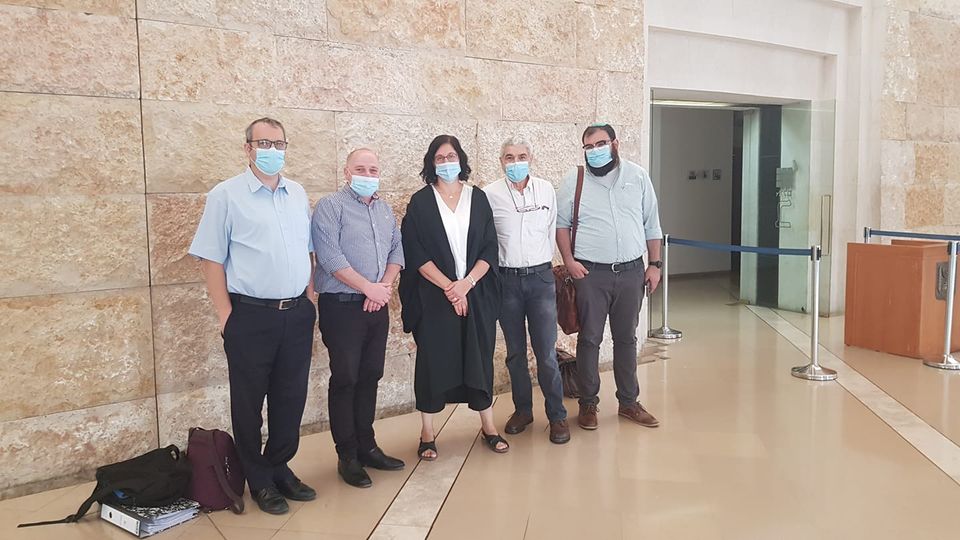 The fight for equal treatment of Masorti-Conservative and Reform rabbis in Israel — a core struggle of the Masorti Movement of Israel and its signature Jewish Pluralism Watch Program — continues with this update from the courts by Masorti activists.  This story is an update to an earlier post on the Masorti Matters Blog.

After 70 years of discrimination in funding of Reform and Conservative religious services in Israel’s cities, and after three petitions on the subject to Israel’s courts, the state began to provide some limited funding for a very few of our rabbis in 2019.  It was too little. It was too late. But it was a hesitant start to a needed fix.

But It seems one cannot rest for a moment.

Two months ago we were suddenly informed that this year the criteria for the financial support of rabbis would not be issues because the government decided not to fund rabbis in the cities in 2020. Why? The Ministry of Religions found a variety of reasons to cancel the funding.  One excuse:  Corona. In addition, there was no government budgeting for this in the current year. Add to this the fact that the Ministry of Religious Services is simply not inclined to fund Reform and Conservative rabbis. What is their funding priority? Providing advice on the matters of “Family Purity”. Another priority: Spiritual advice and  guidance for communities and their rabbis in the Diaspora (only Orthodox communities!)

We filed a petition with the court against this blatant injustice. The Fourth petition filed relating to the discriminatory funding of our rabbis.

In the Government’s response to the court we learned an amazing thing: the whole issue of cancelling funding for our rabbis has no legal basis. Funding, this year, was not part of the basic government budget. Instead, allocations were made based on coalition politics so, at least for this year, there is nowhere from which money can be allocated. And who knows what next year will bring?

In today’s discussion in the Supreme Court, Judge Mazuz made it clear that it is not simply to be viewed as normal government support for salaries, but such support came after lengthy legal proceedings that were intended to fix prolonged institutionalized discrimination. The Court, in the Sunday session, has  issued a decree requiring the State to publicly issue criteria and accept applications  for support of said salaries.

To be continued. Stay tuned.