“Thank You for Arresting the Rabbi” says Dr. Yizhar Hess 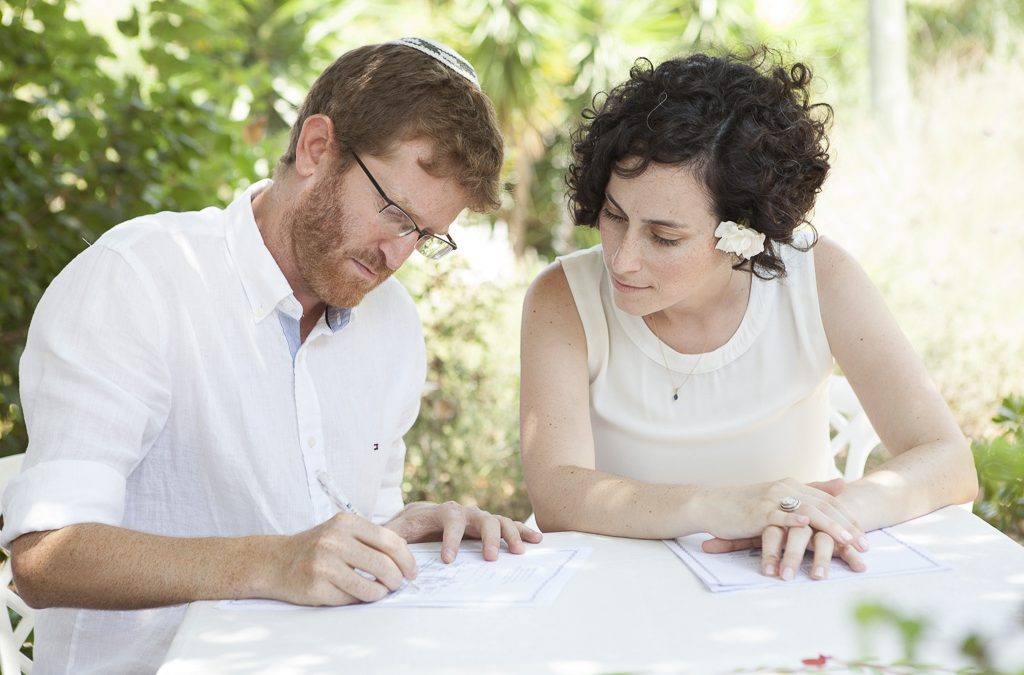 Thank you. Thank you sincerely from the bottom of my heart.

I feel obligated to express my heartfelt appreciation to the Rabbinical Court in Haifa for finally performing such a logical act –for instructing the police to summon Rabbi Dubi Haiyun for investigation for illegally presiding over a Jewish wedding in Israel. And it is not because of the public relations we received that I am thankful to you, Judges of the Religious Court.

Although the word ‘Conservative’ has finally been spoken outloud and many have learned about the difference between this central and important movement and other Jewish movements. The main reason I am grateful is for the recognition.

Now, through an official complaint that caused the police to pull Rabbi Dubi Hayoun out of bed at 5:30 AM, the Chief Rabbinate proved that marriages performed by Masorti – Conservative rabbis are indeed marriages according to the law of Moses and Israel and must be legally registered.

Could we have wished for more distinct recognition?

In fact, the arrest has laid to rest a saga which has been going on for decades. I have a faded letter from July 1995, over twenty years ago, in which the advisor of the Chief Rabbis at the time (the elder Rabbi Lau and Rabbi Bakshi-Doron) warned the Masorti Movement to desist immediately from sending reports of wedding ceremonies performed by its rabbis in Israel to the Chief Rabbinate. “I think you must be openly brazen”, writes the advisor on behalf of the Rabbis, to send the Chief Rabbinate what you refer to as marriage reports”.

Yes, the leaders of the Masorti Movement at the time naively thought that the Chief Rabbinate (which is legally authorized to register marriages in Israel) would be interested in registering that a certain couple is married according to Jewish law for the sake of good order, or at least for the sake of Halakha. But, the reports were ignored. To what extent? The envelopes with the reports of marriage, which had been sent by the Masorti Movement by registered mail, were attached to the advisor’s letter – unopened.

I hope that now, the Chief Rabbinate will act differently. As far as we are concerned, we would be happy to renew the practice and update them about each of the hundreds of weddings throughout the country at which our rabbis will officiate this summer.

The watershed that was crossed this week clearly demonstrates that the Chief Rabbinate is in a state of collapse. Public trust in it has reached rock-bottom. After this monopoly disappears from the world, we will look back and fail to understand how we let it determine what Judaism is for us.

The revolution is already taking place, and it is bubbling up from below. Almost a quarter of the couples who set up a home in Israel already choose to do so outside the Rabbinate.  No one even dreams anymore about converting through the Rabbinate. And Kashrut? Even the heads of the Chief Rabbinate themselves will not eat in a restaurant that bears a kashrut certificate which is solely from the Rabbinate.

However, despite the recognition and the attention in the media, I would have been happier if the Rabbi’s arrest had never taken place. The destructive effect of this arrest on the relations between Israel and its Diaspora is alarming. Rabbis who woke up on Thursday morning in North America and learned that their colleague in Israel was arrested for officiating at a Jewish wedding were shocked. Everything suddenly became a lump choking the throat:

The many emails I received from abroad on Friday expressed a feeling that official Israel has declared a war of extermination on non-Orthodox Judaism.

This snowball must be stopped. The nation-state of the Jewish people cannot call itself that without first understanding that the Jewish nation does not want or agree to bend itself to the Orthodox definitions of who is a Jew and what Judaism is. This change in Israel will eventually take place. My fear, however, is that by the time it happens, the rift with our brothers and sisters overseas will be impossible to heal.

Dr. Yizhar Hess is the CEO of the Masorti Movement in Israel.  This OpEd originally appeared on July 25, 2017 in Ynet news.com