Three Weddings and a Masorti Statement 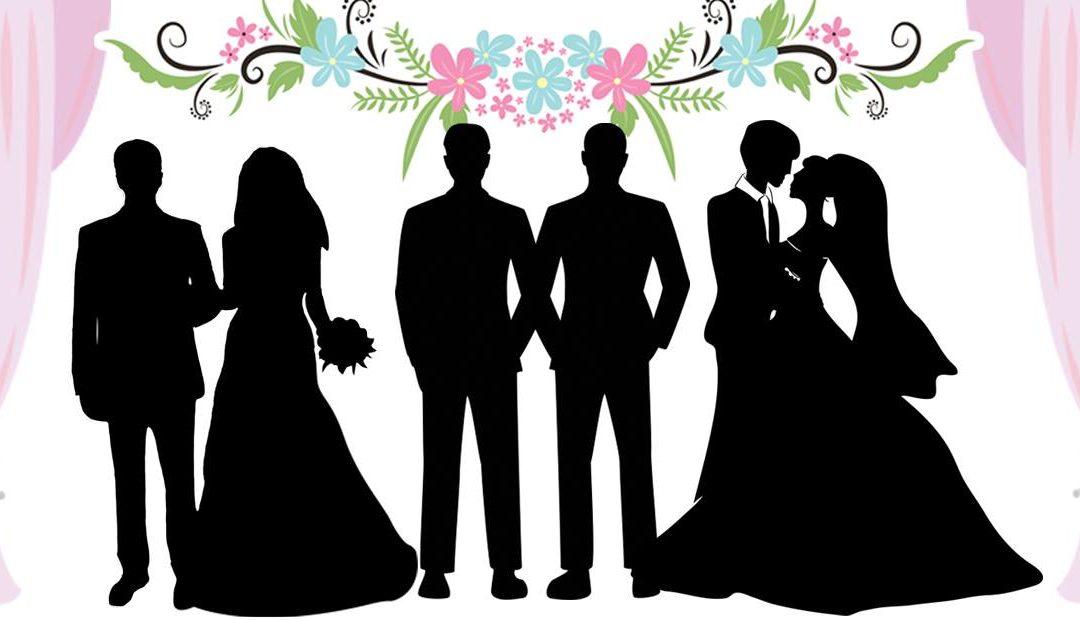 On March 26th, in an affirmation of Masorti values of inclusion, pluralism and Jewish tradition, three Israeli couples, unable or unwilling to wed in Israel, were married in a service jointly officiated by Adas Israel in Washington D.C, and Washington Hebrew Congregation, a leading DC Reform synagogue.

The weddings were part of a group effort, “Three Weddings and a Statement,” organized by Adas Israel Congregation and Washington Hebrew Congregation in partnership the Masorti Foundation for Conservative Judaism in Israel, the Israel Religious Action Center, the Union for Reform Judaism, the United Synagogue of Conservative Judaism, and the Reconstructionist Rabbinical Association.

“Rabbi Alexander and Rabbi Holtzblatt of Adas Israel, together Masorti Finance Chair Toni Bickart and Board Member Arnie Podgorsky, helped plan this moving wedding ceremony for the three couples. How uplifting to see our rabbis model, in their behavior, the kind of loving acceptance Masorti promotes and hopes to see realized in Israel for all Jewish couples,” says Gideon Aronoff, Executive Director of the Masorti Foundation.

These couples could not or would not legally marry in Israel under the auspices of the ultra-Orthodox Chief Rabbinate for three very different reasons: one couple is gay, the second couple has one partner that Israel’s Chief Rabbinate does not consider to be Jewish, the third couple rejects the Rabbinate’s rigid control over Jewish marriage.

They would have preferred to marry in their home country. In fact, each has already had a wedding ceremony in Israel, but the government will not recognize their marriages. Much like “commitment ceremonies” that same-sex couples had in the United States before the Supreme Court decision that legalized gay marriage, the three couples are married only in their hearts.

What a joy it was for me and for Rabbi Holtzblatt to represent the Masorti Foundation for Conservative Judaism in Israel & the United Synagogue of Conservative Judasim to co-officiate at the beautiful triple wedding…It was also moving to share space with our neighbors, friends, and colleagues from Washington Hebrew Congregation. Love wins when we actively insist it must.

In addition to helping these couples celebrate their union, Adas Israel together with Washington Hebrew Congregation and our other partners are urging the soon-to-be-formed Israeli government to address this injustice.  We’re asking that:

The issue of marriage freedom is central to the Masorti Movement in Israel and it was especially meaningful to see local communities and like-minded organizations come together support this fundamental right. 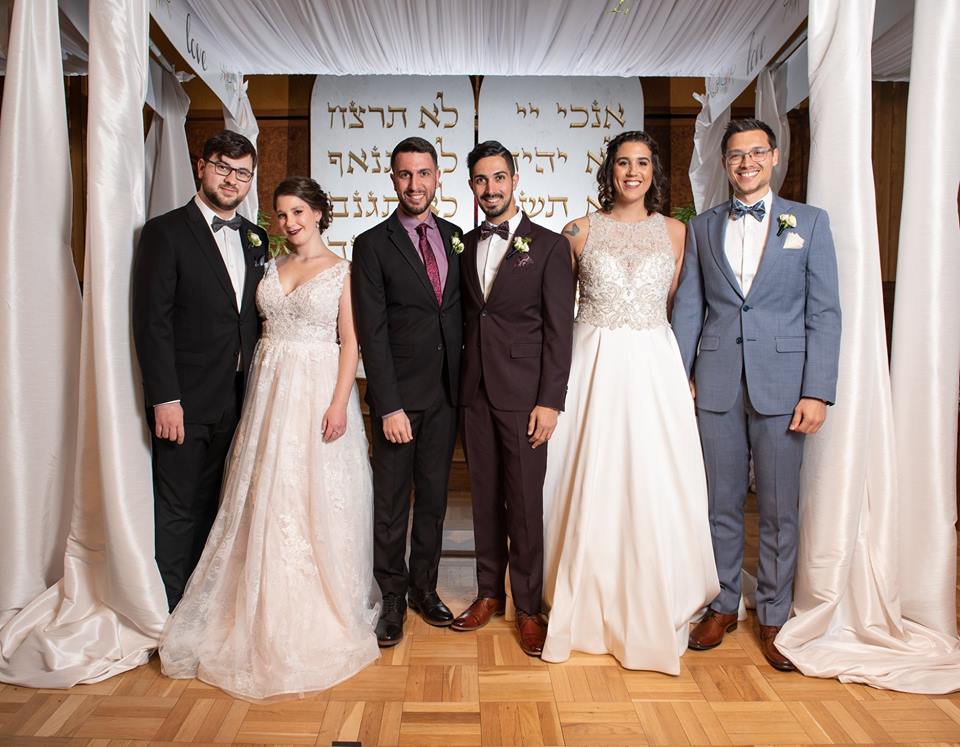 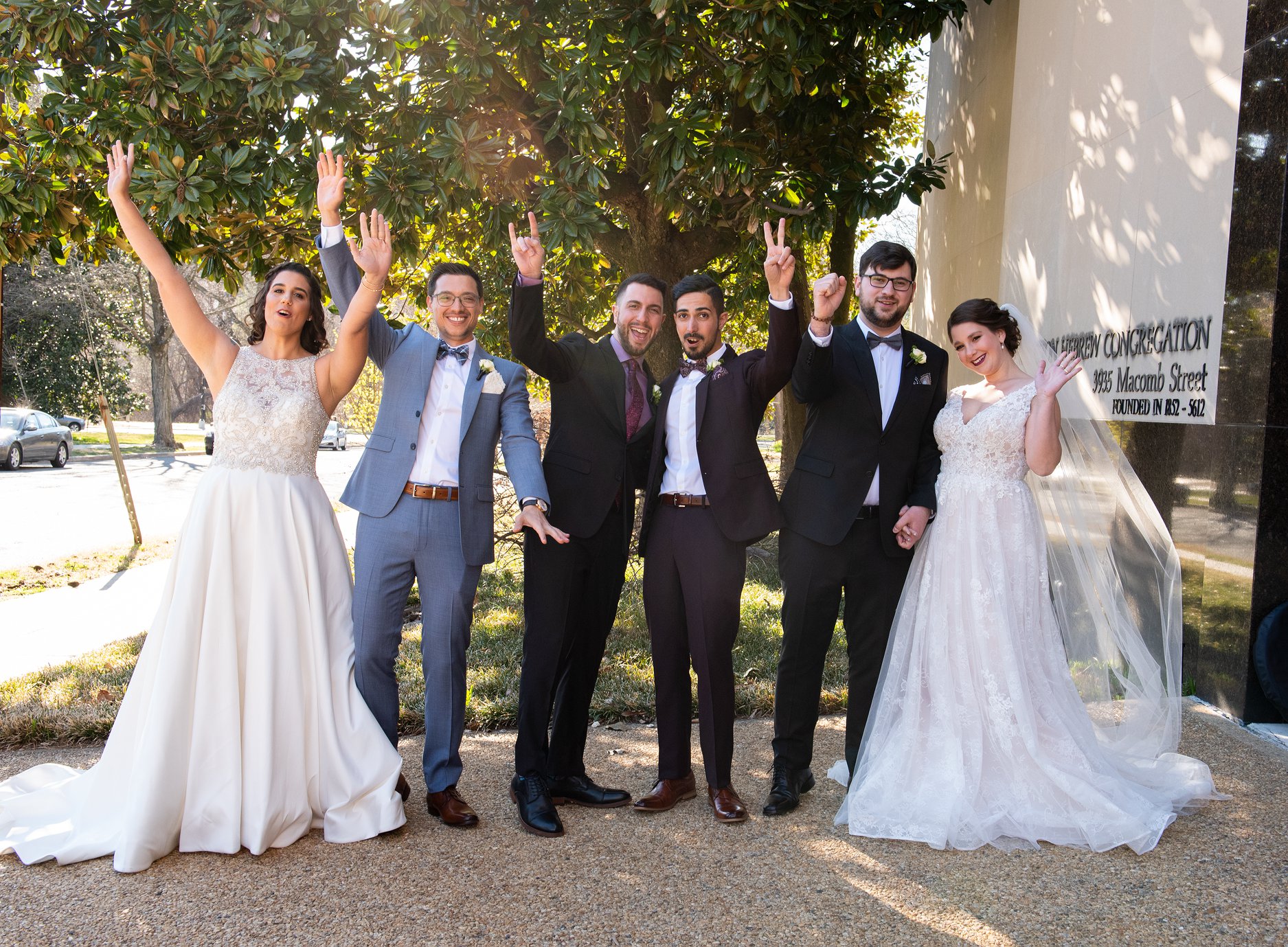 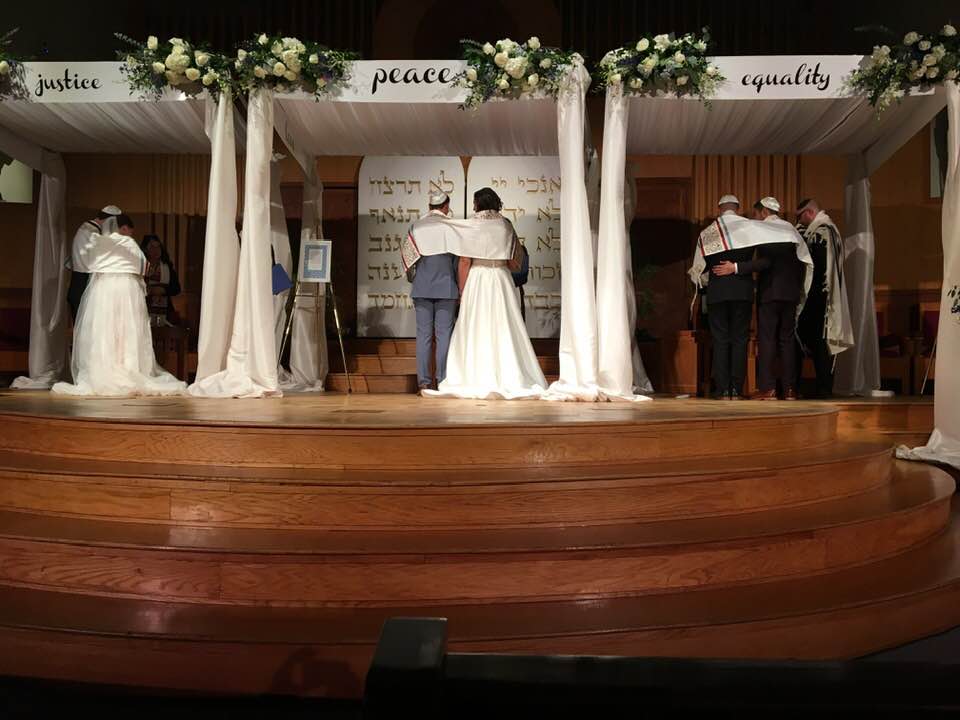 Rabbi Aaron Alexander is Co-Senior Rabbi at Adas Israel Congregation in Washington, DC. Previously he served for ten years as Associate Dean and Lecturer in Rabbinic and Jewish Law at the Ziegler School of Rabbinic Studies in Los Angeles, where he also received his ordination. He has long sat on the Committee on Jewish Law and Standards (CJLS) for the Conservative movement, where he serves as Chair of the Kashrut Subcommittee.

At Adas, Rabbi Alexander has elevated the Social Action work to a high level of recognition throughout the Washington, DC community. He has written for the Washington Post, RNS, Jewish Daily Forward, Huffington Post, Times of Israel, and other news outlets. He serves on the D.C. Attorney General’s Faith-Based Advisory Committee, the City Council’s Interfaith Working Group, and the Mayor’s Ward 3 Advisory Committee on Homelessness and Housing.  He is also on One America’s Leadership Circle.

Rabbi Lauren Holtzblatt, ordained at the Jewish Theological Seminary, is celebrated by the Forward as one of the 32 most inspiring rabbis in the country.   Named one of Jewish Women’s International’s (JWI) “Women to Watch,” Rabbi Holtzblatt is a current recipient of the coveted Schusterman Fellowship, a leadership development program for individuals who are committed to growing their leadership in the Jewish community (a tremendous honor, and one rarely bestowed on rabbis).

Among Rabbi Holtzblatt’s many achievements here at Adas, she has completely revitalized our care-taking (Hesed) and bereavement efforts, co-created the acclaimed MakomDC adult learning curriculum, launched and leads our wildly successful “Return Again” worship services, and directs the Jewish Mindfulness Center of Washington.

She is married to Ari Holtzblatt and they have two children, Noa and Elijah.