Why are Jews stuck in the Amazon? 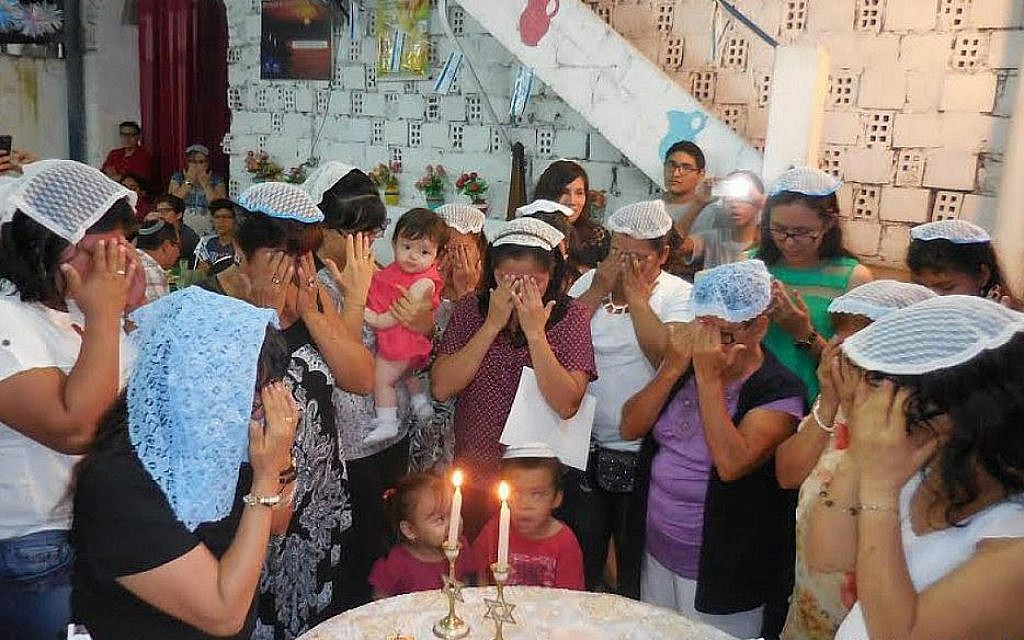 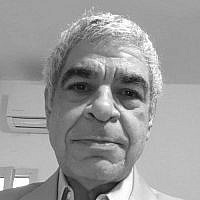 Rabbi Andy Sacks, Director of the Israeli Rabbinical Assembly and the Masorti Movement’s Religious Affairs Bureau, shares the saga of the Jews of Iquitos, Peru. They, and other communities of Jews converted through the global Masorti-Conservative Movement, struggle for recognition and their right to make Aliyah and come home to Israel.

Jewish converts in the remote city of Iquitos are eligible to move to Israel. The government keeps them out by simply ignoring their applications.

There are Jews living in the Amazon. Indeed there are Jews in places many would find surprising. Several hundred have made aliyah to Israel over the years.

Iquitos is the largest city in the Peruvian rain-forest. To borrow a phrase, “it is a place that time has seemed to pass by.” Interesting architecture shows signs of a more glorious past. Now people visit to explore the rain forest or to experience the offerings of local shamans.

During the 1880s the rubber business was booming in the Amazon. The Amazon city of Iquitos, in Peru, was growing as young, mostly single, Jewish men from Morocco migrated to set up businesses. It was not an easy journey to this isolated rain-forest location. Hundreds chose to make the trip. Many took local women as partners.

But the rubber business eventually went bust. Prices dropped as production moved elsewhere. By 1912 the industry had all but collapsed. Many of the Jews in Iquitos moved back home – but many decided to stay. These were the founders of Sociedad Beneficencia Israelita de Iquitos. Jews became involved in much of daily life and some entered politics.

Keeping tradition alive was not easy. Yet, parents did their best to Jewishly educate their children. Prayers were held for the holidays. A Jewish cemetery was established.

But, owing to the isolation of the Amazon and better opportunities elsewhere, most of the Jews moved to Lima. By the mid-twentieth century, Jewish life had become a shadow of what it once had been. Yet, the town was home to many descended from those original Jews as evidenced by the many residents with Jewish surnames.

In the late 1980s some of the remaining Jews and their descendents made contact with Rabbi Guillermo Bronstein, rabbi of the largest synagogue in Peru. Together with help from the rabbi, a synagogue was established in 1994. In 2002, after years of preparation and study, Rabbi Bronstein organized, along with two other rabbis, a conversion Beit Din (religious court). Males were circumcised by a Mohel and both men and women immersed in a natural mikveh. With added help from Rabbi Ruben Saferstein and colleagues, others were converted by subsequent Batei Din that came to work with the now reemerging Jewish community.

Iquitos is the largest city in the world lacking land access. Relatively few cars are to be found on the city streets as there are no roads in and out of Iquitos. One may travel by air or by boat only.

Yet, Iquitos boasts an active synagogue even today. It is housed in the very spacious home of the Abromowitz family, longtime residents of the city. Services are held each Shabbat. Jews from the even more distant town of Pucallpa often travel to Iquitos for holidays and hold Shabbat and holiday programming on their own town in Pucallpa.

Each week, following Shabbat evening services, congregants move the synagogue chairs aside to set up for the Shabbat meal. All join in for Shalom Aleichem followed by Kiddush, ritual hand washing, and the blessing over challah.

Today, Iquitos has seen an exodus of its Jews as hundreds have made aliyah to Israel. Those that remain are holding on and maintaining Jewish life. But most of the Jews have moved to Israel where they have settled in Ramla, Beer Sheva, and elsewhere.

But happy stories also have complications. Many of those in Iquitos who converted to Judaism in 2018 have now applied for aliyah. Life in Iquitos is difficult and Zionism is strong. But none of these Gerim (converts) have been able to fulfill the dream of settling in the Holy Land. At least not yet.

Israel’s Law of Return recognizes the right of those born to a Jewish parent (or grandparent), or converted to Judaism, to make aliyah and claim citizenship. The Jews by Choice of Iquitos thus qualify. The community is affiliated with Masorti Olami, the international organization of Masorti/Conservative communities.  The converting Masorti Batei Din are also recognized by the State of Israel for purposes of aliyah under the Law of Return. But none have received the necessary visas that would allow them to fulfill the dream of making the Holy Land their home.

It seems that their aliyah applications are languishing somewhere in the Interior Ministry offices in Jerusalem. Why? Answers are not forthcoming. But it does not require the detective skills of a Sherlock Holmes to understand that Minister of the Interior Arie Deri, backed by his Shas political party, does not want these Jews here in Israel. It may be related to skin color. It may be that the Batei Din that officiated at the conversions were not Orthodox. One can only speculate as “mum” has been the word.

Should the Interior Ministry obfuscation end and permission to make aliyah granted, the Iquitos Jews would be entitled to citizenship. Yet, they, along with so many others would be full citizens who lack full privileges. Recognized as Jews by the State, but not by the official Chief Rabbinate, they would be unable to marry in Israel. Divorce and burial would also be problematic.

What will it take to bring the remaining Iquitos Jews to Israel? It may take court action. It may take a change of heart by Israel’s Interior Minister (a very unlikely scenario). It may take pressure from those responsible for aliyah within the Jewish Agency, although nobody there seems anxious to act on their behalf. It very likely will require pressure from International Jewish leadership in North America and elsewhere. Israel and Diaspora Jewry need one another. We cannot allow close-minded, supercilious bureaucrats and politicians to block the dreams of the Amazon Jews.

Rabbi Sacks and the Masorti Movement of Israel are active supporters of Masorti Converts, Jews of Color, and Jews from emerging Jewish communities, including Jews from the Abayudaya community in Uganda: Here, Here, and Here.