Women’s Prayer Disrupted at the Kotel 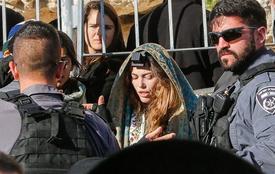 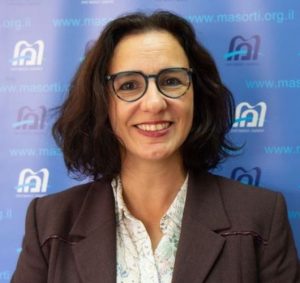 In preparation for the Rosh Chodesh Kislev prayer service, all bodies of the Conservative Movement in Israel and around the world sent a letter to the President of Israel, the Prime Minister and Minister of Religious Affairs calling for the implementation of the Kotel Agreement in order to avoid violence and bloodshed.

Late last night, while the government voted on the budget, the President urged MK Alon Tal and MK Rabbi Gilad Kariv not to come to the Western Wall this morning (Friday). Being that the path of the Masorti Movement in Israel is known to be a path of compromise and solutions, the Knesset members obliged the President’s request – not wanting to further inflame the situation.

In spite of this, early this morning, tens of ultra-Orthodox men aligned with the LIBA Center arrived. They joined with thousands of Haredi men who responded to the calls of ultra-Orthodox elected officials and rabbis to come to the Western Wall and interfere with the women’s Rosh Chodesh prayer service.

We showed up this morning to support and strengthen the Women of the Wall, and to do everything possible to prevent violence.

Unfortunately, what took place was severe harassment of our people. It was alarming to see the angry faces in the large crowd and hear the roaring voices insulting all those trying to pray peacefully. The Israeli police, which secured the event, stood in front of thousands of rioters and prevented severe physical violence, but found it difficult to prevent disturbances caused by whistles, insults and the threats of physical violence.

When we saw the situation escalating, we turned to Ezrat Yisrael – the egalitarian Kotel -where we were surprised to find that the area was occupied by dozens of ultra-Orthodox men who put up a mechitza and refused to vacate the area for far too long. Upon their departure, dozens of Haredi agitators arrived with whistles in order to cause a commotion and provoke more chaos.  These riots delayed the start of the egalitarian Bar and Bat Mitzvah services, which were scheduled to take place at the time.

We hope that now, given this ongoing harassment and increasing threat of violence, the Israeli government will fulfill its commitment, and sign the Kotel Agreement as soon as possible.

I want to thank all of our friends across the world for standing with us as we work and struggle for full equality at the Kotel and throughout Israel.

I wish all a Chodesh Tov and Shabbat Shalom.

Support Egalitarian Prayer at the Kotel