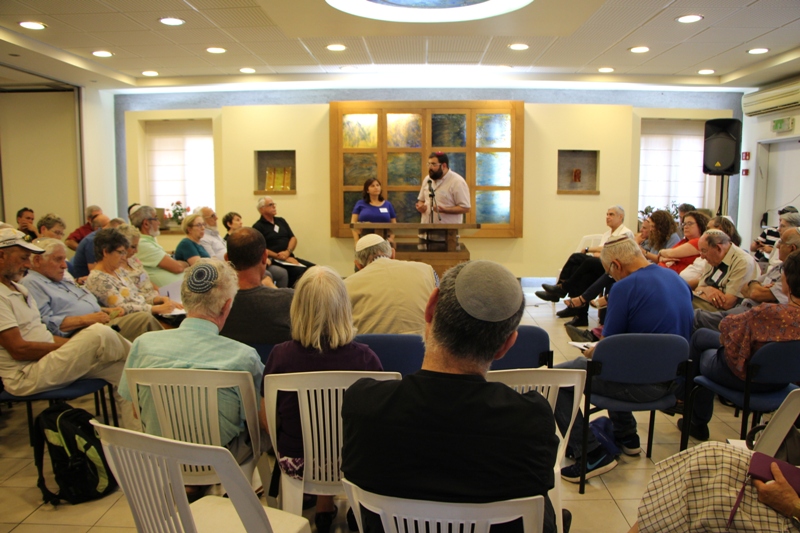 Congregation Yedid Nefesh, The Masorti (Conservative) community in Modi’in is a young and developing community. The congregation convenes for prayers in the Conservative synagogue every Friday evening and every second Saturday morning. Regular prayers are held on holidays.

The congregation consists mainly of young families with children, and therefore considerable parts of the community’s activities are suitable for children. In each Shabbat prayer we hold children’s prayers in the synagogue, including a discussion of the weekly Torah portion and games. The congregation also organizes parties, trips and social activities aimed at children. The older children participate in prayers and communal tasks. The community runs a program for the Bnei Mitzvah and enables an egalitarian ceremony in a family and community atmosphere.

Yedid Nefesh was founded in Modi’in in 2000. In its early years, the congregation operated in the Hayovel school in the city and then the ‘Latif’ center. Shortly before the Passover holiday in 2008, the community moved to a synagogue building at the end of Almogan Street and Levona Street. After the move to a permanent building, the community began to conduct learning activities during the week. The congregation strives to expand its activities.

Each year, the congregation holds a music event aimed at collecting money for charity. The recent events attracted a large crowd.