Yehoshua Hazak: The First Siddur for Children with Learning Differences 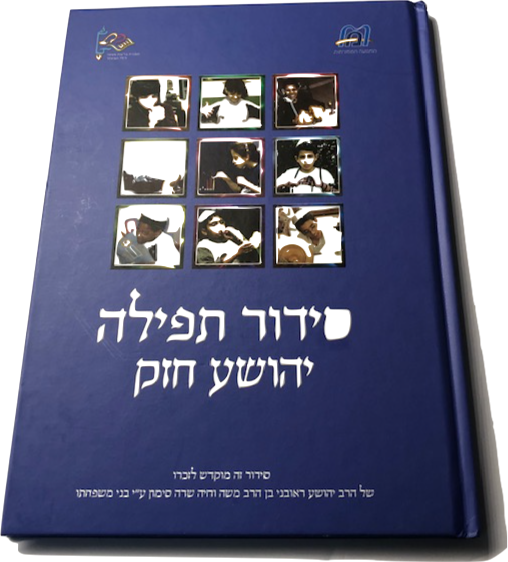 A Pioneering Act of Loving Kindness:
The First Siddur for Children with Learning Differences 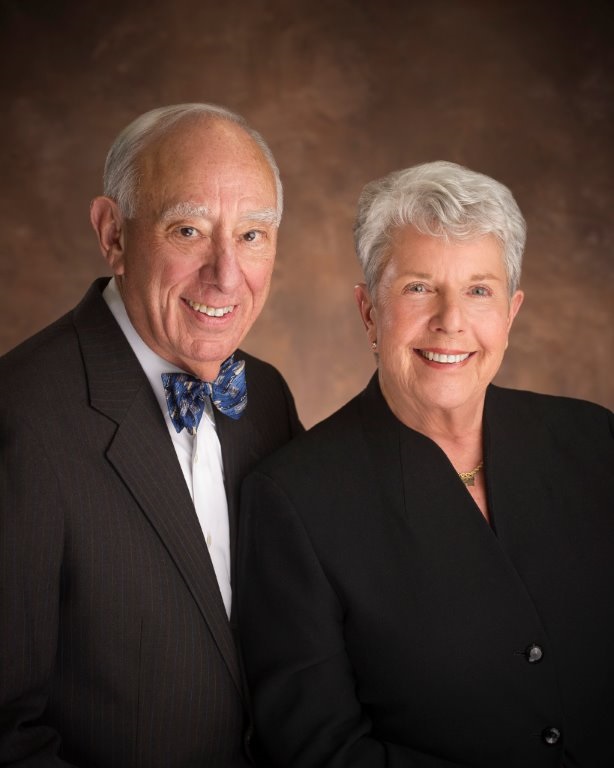 In an act of exceptional generosity, Rabbi Matthew Simon, and his wife Sara Rubinow Simon decided to embark on the creation of the first-ever siddur for Israeli children with learning differences, helping to make possible Bar and Bat Mitzvahs for these youngsters.

A storied history is behind this first siddur. Sara Rubinow Simon, then the director of the Shema V’Ezer (“Hear and Help”) School for Jewish Special Education in D.C., connected with Herschel Blumberg z”l, Chairman of the Masorti Foundation. He asked the question Masorti still asks every day: “How can the Movement be impactful in the lives of Israelis?”

Sara suggested providing Israeli children with learning differences access to the kinds of Jewish learning programs available in the United States but not then available in Israel. This notion was well ahead of its time in Israel.  The Simons decided to sponsor the siddur to honor the memory of of their extraordinary son, Joshua, who tragically passed away at the age of 44 from brain cancer. 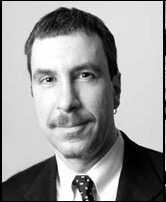 “He touched a lot of people that the conventional rabbis would not touch, and we need those.”  Rabbi Neil Gilman, z”l, Jewish Theological Seminary

The New York Times said this in its obituary: “To attract young Jews and those fallen away from their faith, Rabbi Simon led services with an electric guitar, accompanied by children shaking maracas and tambourines. High Holy Days featured performances by Storahtelling, a Jewish theater group…Rabbi Simon doubled the membership at the Actors’ Temple in his first year there.“

Rabbi Josh is descended from a distinguished family of rabbis on both sides.  Josh’s father, Rabbi Matthew Simon, now Rabbi Emeritus at B’nai Israel in Rockville Maryland, was a founding member of Mercaz, the Zionist Movement of Conservative Judaism, and was its president; he was also a past president of Masorti, and has held many other leadership posts in a wide variety of Jewish organizations.  So Rabbi Josh came by his commitment to an open, inclusive and loving Judaism naturally.  This is what inspired Rabbi Matthew and Sara to work together to help create a siddur for young Israelis with learning differences.

Called “Yehoshua Hazak” (Joshua Strong), after the passage in Deuteronomy 31:7, this groundbreaking siddur made possible a Bar or Bat Mitzvah for Israeli young people who might otherwise have been deprived of this quintessential Jewish experience.

The whole family’s belief in “B’tzelem Elohim,” that we are all created in God’s image, drives their lifelong championing of inclusion of those with learning differences. Says Sara: “I feel this strongly because of my professional training, and because it’s an important Jewish value. Our family has done a lot to advocate for inclusion in the Jewish community in Israel and in the US. For me, it’s a passion.”

The Yehoshua Hazak siddur later became a crucial tool for the work of Masorti’s ADRABA–The Shirley Lowy Center for Children and Youth with Disabilities. As it says in the introductory pages of the siddur:

“Bar/Bat Mitzvah for Children with Special Needs is a national program serving 30 special education schools in Israel, reaching over 250 children each year…This program is an integral part of the Masorti Movement in Israel.  Dedicated to advancing pluralism in an egalitarian environment, the Masorti Movement believes in creating and nurturing spiritual communities that combine prayer and ritual with community service.” 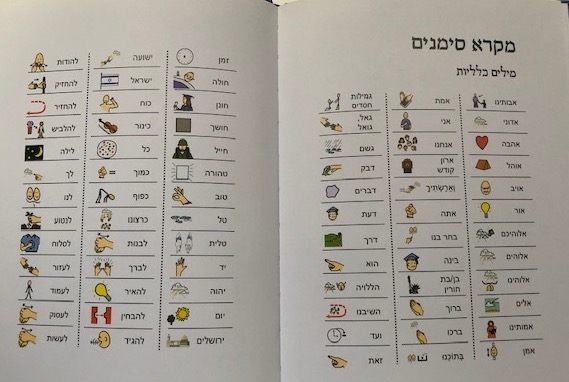 Yehoshua Hazak is filled with colorful, cheerful and easily-understood icons developed by Mayer-Johnson. It makes the Hebrew text more accessible for children with disabilities. This engaging approach opened pathways to learning challenging texts and makes it possible for the children, as the Siddur says, to take “their rightful place in Jewish tradition.”

This innovative siddur was a pioneering effort at a time when including children with learning differences was not a common practice in Israel. It now forms an essential part of the ADRABA program. Rabbi Matthew and Sara knew that loving inclusion was a core value of Josh’s life and that this siddur would be an important and enduring tribute to him. 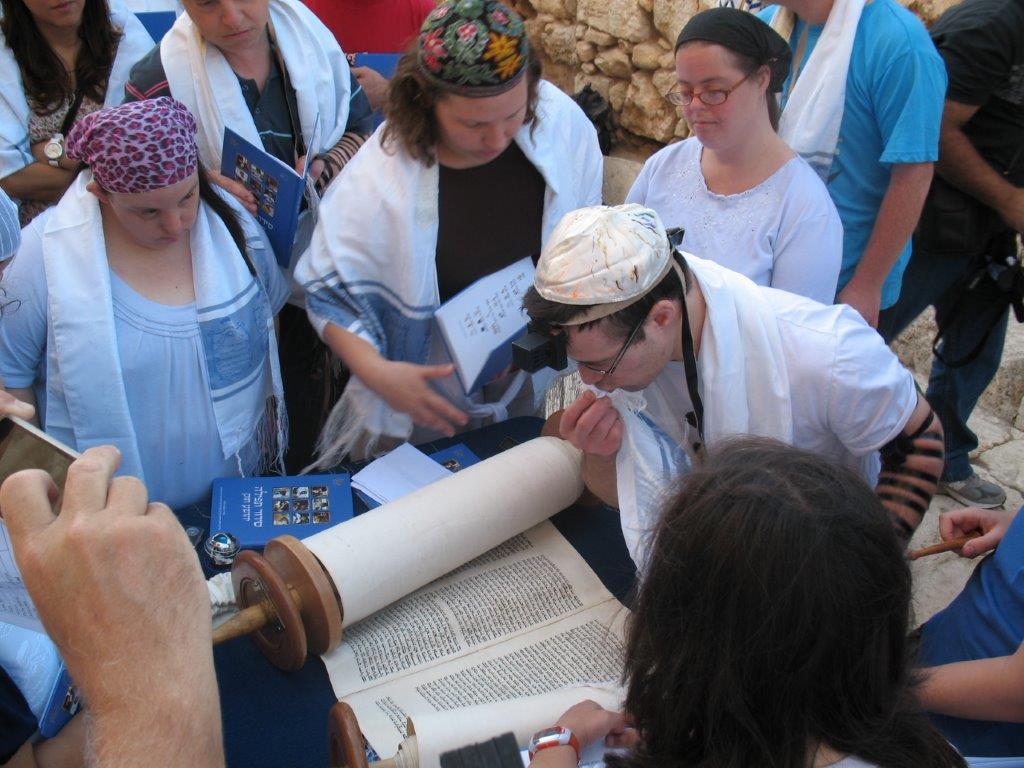 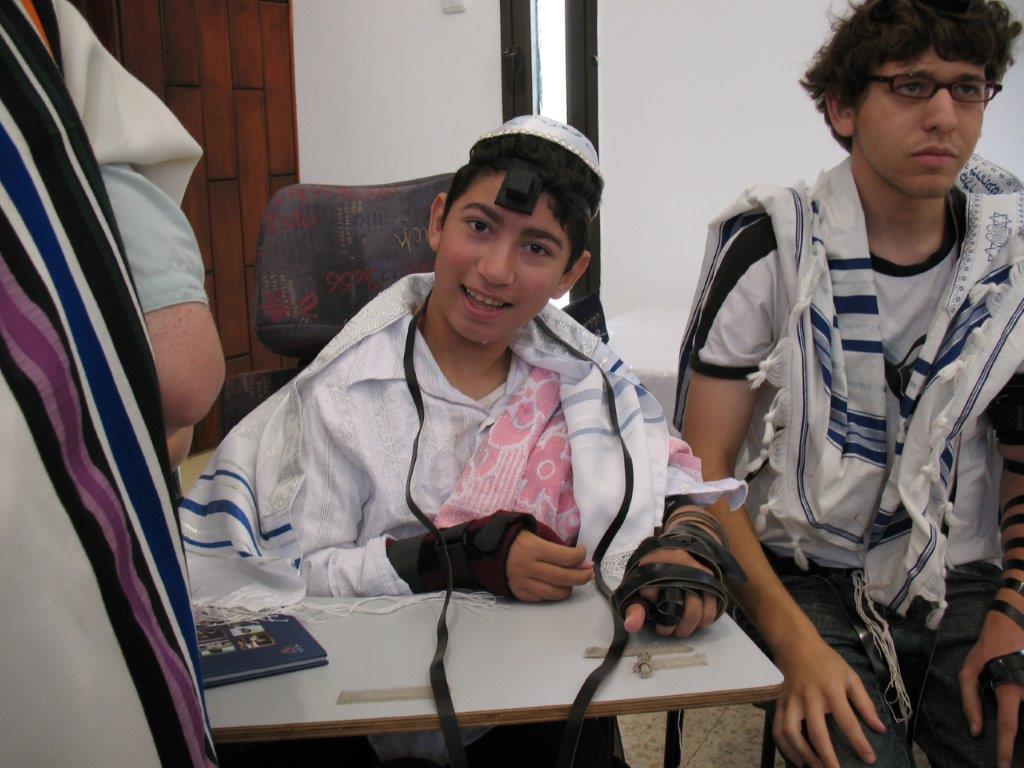 Yehoshua Hazak has become a central driver of the work of ADRABA–the Shirley Lowy Center for Children and Youth with Disabilities. It’s a way for ADRABA and Masorti Israel to partner in bringing the values of inclusion, of egalitarianism and spirituality that Rabbi Josh embodied in his work, to fulfillment.