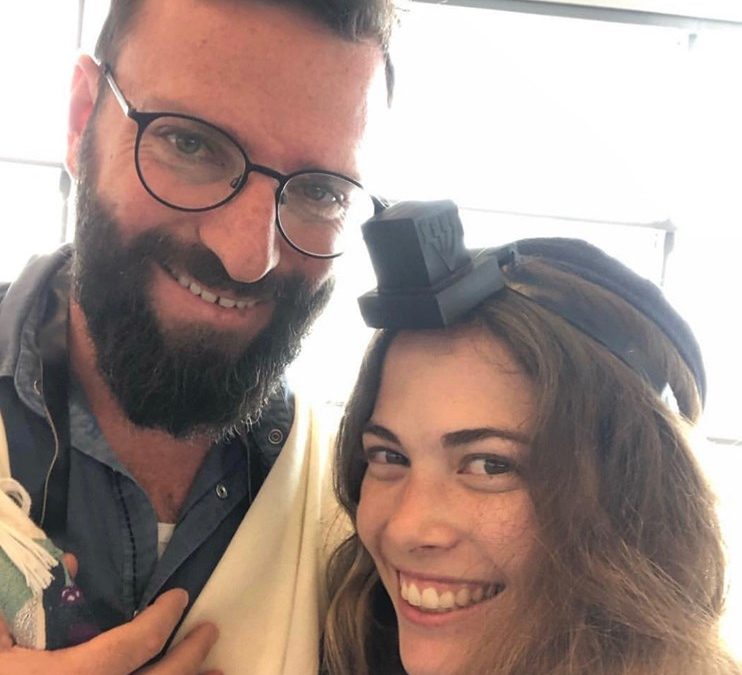 Masorti Israel Leaders Talk to US Group about Treating People with Disabilities with the Dignity They Deserve in the Jewish Community.

With Masorti Israel increasingly focusing on treating people with development disabilities with the dignity they deserve in the Jewish community, Nava Meiersdorf powerfully told a group she was speaking to in West Orange, New Jersey that “This is not just a special needs fight for dignity and respect. It’s all our fight,”

Nava, a Masorti Israel rabbinical student now studying at the Jewish Theological Seminary (JTS) in New York City, spoke with her husband, Rabbi Yerachmiel Meiersdorf, rabbi of the Masorti NOAM Youth movement, about the joys and challenges of their personal journey from ultra-Orthodoxy to Masorti Judaism at the Culture and Learning Center at B’nai Shalom in West Orange on October 30th. 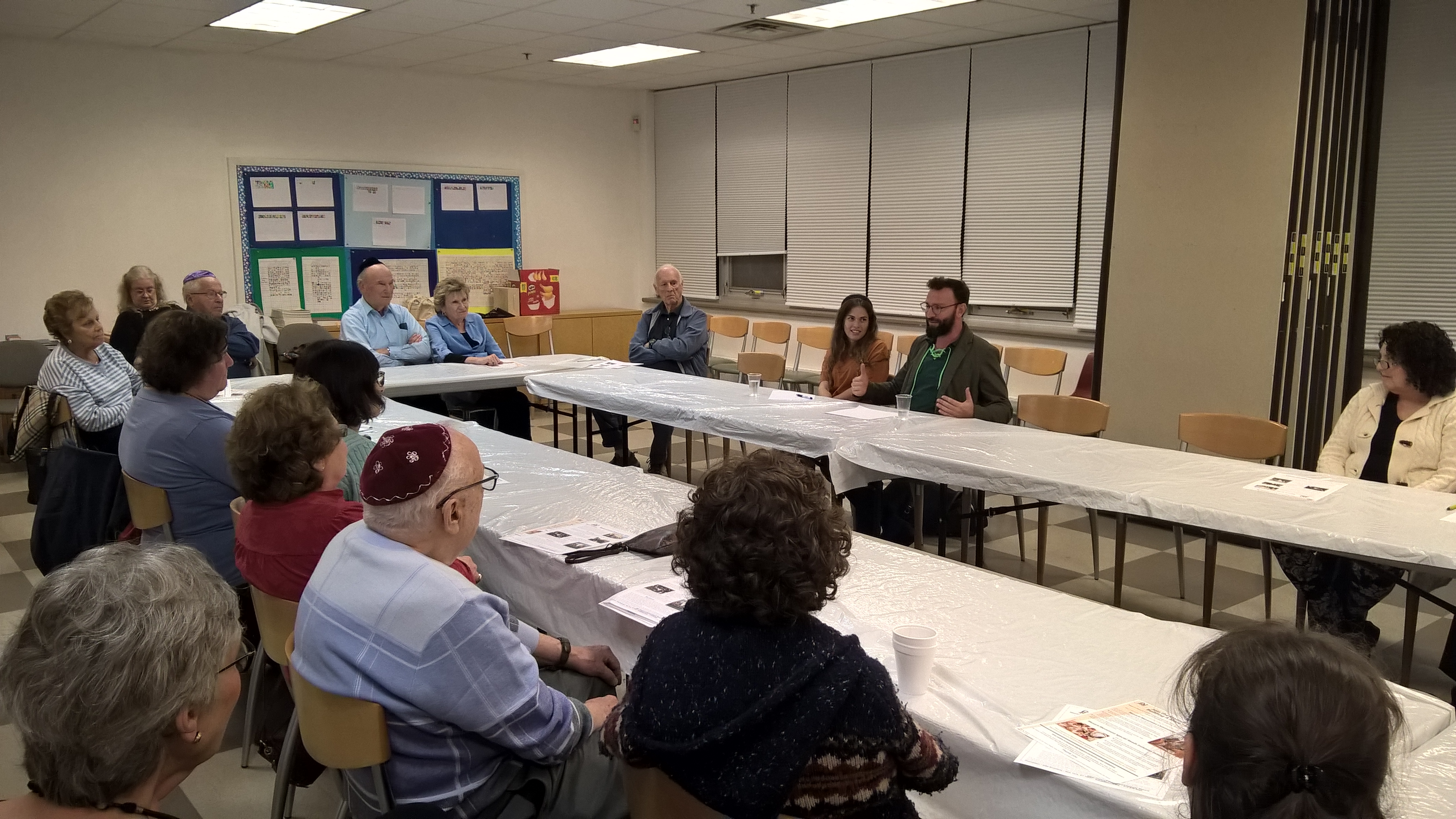 Both Nava and Rabbi Meiersdorf reflected on why they embraced Masorti Judaism after growing up in ultra-Orthodox homes. The Rabbi said he had never met an American Conservative Jew until he studied at JTS for a semester and went to Camp Ramah. He said it was the Ramah experience in particular that introduced him to the kind of traditional yet open Judaism that he could better relate to, and ultimately led to his fulfilled desire to be the rabbi at the NOAM camps.

Nava said it was during a trip to Los Angeles where she was exposed to Conservative Judaism. “When I went back to Israel, I wanted to be doing Judaism where I was at the center of the prayer group, not on the side.”

She spoke with particular passion about Masorti’s initiatives to fully include people with special needs within the Jewish community, and how the Movement’s efforts often strongly contrast with Israel’s ultra-Orthodox community.

“From our Masorti perspective, we allow people with special needs to use the Ipad to help them pray. They are an integral part of our minyan, and we want them to participate in any way possible,” said Nava.

The Meiersdorfs spoke about how they jointly led the first Kabbalat Shabbat prayer service at Ezrat Yisrael, the Masorti Family Kotel. Rabbi Meiersdorf said it is wonderful to see hundreds of people coming every Kabbalat Shabbat to experience egalitarian prayer at the Kotel.

Nava brought additional insight into the challenges faced by Jews who practice outside the prevailing Orthodox framework, as she recounted having been physically attacked while participating in a Rosh Hodesh service celebrating the 30th anniversary of Women at the Wall.

“It was the worst day of my life…A mob came at me, and I felt sticks falling on me. Someone threw a liquid that smelled awful. This shouldn’t happen in a Jewish country,” said Nava.

Even at this time of religious division in Israel, Rabbi Meiersdorf said there are more open Modern Orthodox communities that are sending their children to Ramah-NOAM camp.

“They want their children to have Masorti values. At Ramah-NOAM camp we have open discussions about Judaism that focus more about spiritual ideas – not halacha…More and more Modern Orthodox families are teaching their children about the type of Jewish values that are promoted in the writings of Rabbi Abraham Joshua Heschel,” said Rabbi Meiersdorf.

It is this type of Judaism that has the Meiersdorfs constantly traveling around Israel, where they are finding a growing interest in Masorti Judaism from people throughout the country.

“More Israelis than ever respect Masorti Judaism because we and other Masorti Israel leaders are really serious about how our kind of Judaism can make a positive change in people’s spiritual lives and Israeli society as a whole,” said the Rabbi.

The Meiersdorfs, who are founders of an egalitarian synagogue in Jerusalem, said they meet twice a week in their living room with people who share their passion to be Jewish in Israel in the way they believe.

“We are so thankful that we can engage more Israelis in Masorti Judaism, which gives people an opportunity to observe Jewish traditions and religious practices in a way that is meaningful to them,” said Rabbi Meiersdorf.